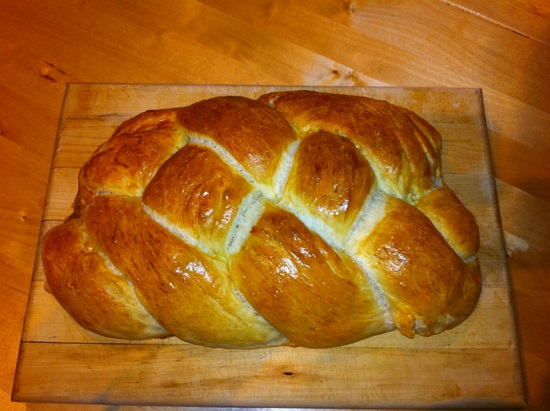 Editor’s note: My regular readers may be under the impression that we don’t do frugality very well, or very willingly; and they may have good grounds for that. On The Money Principle we emphasise the importance of living life to the full, making sure that your money nourishes your life and building wealth. But that will be wrong: we practice frugality of a different kind. We are ‘frugal artists’! This article of mine sets out the differences between ‘extreme frugality’ and ‘frugality as an art form’ and was first published as guest post on Miss Thrifty blog.

When the going gets tough, frugality gets more frugal; or at least it becomes that much more popular.

In fact, during our collective adventures in the economic realm of double and triple dip depression – which sounds and feels to me like we’ve spent the last five years in an ongoing crisis – frugality has become so widely spread that even people who don’t have a frugal bone to their body have been dipping their toes in.

I, myself, am finding that when it comes to frugality my intellect and my actions appear somewhat disconnected. My intellect is telling me that frugality makes little sense and that it, when brought to an extreme, can make life unpleasant, difficult and, worst of all, very wasteful. I have been known to write about my take on frugality and argue that frugality is not the answer.

There are ways to be frugal without being cheap.

Where is the contradiction you may ask? Well, the contradiction in the fact that we have not bought bread for close to three years now: I bake all of it. We have ciabatta, pita bread, naan bread, rye bread, wholemeal bread with hazelnuts, brioche and all sorts of artisan bread. Making our bread at home saves up to two-thirds of the cost (so a loaf that will cost over £2 in M&S I can make for about 70 pence). It all adds up and I am very proud of myself – over the month we probably save about £30.

What is even more important though is that the bread I make has only four or five ingredients and any increase doesn’t include anything beginning with ‘E’. As to the bread we buy at the shops, I have been known to stand in M&S and count the ingredients in their wholemeal bread. Take a guess? The particular loaf I was looking at had fourteen ingredients in it!

I also make pizza from scratch – no cheating, no buying ready bases, no buying pastry. Sometimes I even make the dough by hand: this not only adds taste (my twelve years old son said that my pizza is almost as good as Domino’s) but it is also very therapeutic. After days of touching only the keyboard, making something that gets my hands dirty feels so good.

Difference is that Domino’s pizza costs £16.99 for ten slices; I reckon with a growing up pre-teen, a high metabolism husband and a starving me, we’ll need at least two pizzas. Gosh, this is £33.98 for a junk meal! My pizza costs less than £5, including high quality toppings, and doesn’t have to be fatty junk.

You see, I can get rather excited about this frugality lark; in fact, the other day I spotted a younger colleague having supermarket soup.

‘Why are you eating this stuff’ – I asked – ‘If you make it at home it costs a fraction of what you paid and it contains only edible ingredients; none of this preservatives rubbish.’

I am not buying this! My work schedule is about three times heavier than hers, I run a successful blog, have a pre-teen son and run marathons. Am I a super woman? No! I am just very frugal with my time – even in the darkest despair of debt I had someone to do the ironing and clean.

How is this frugal? Easy; an hour of my time costs about £40 and an hour of cleaning costs me £12. In effect, by having a cleaner I ‘save’ £420 per month. Even if I use the time for recreation!

This is not looking good, does it? I don’t seem to live what I preach. If frugality is not the answer how come I take so much pride in saving £30 on our daily bread?

Not as bad as one may think, though. Because I most certainly draw the ‘frugality’ line above:

To put it simply, I make a difference between two kinds of frugality. One is what I call ‘frugality as an art form‘ and the other one is ‘extreme frugality‘. I welcome and practice the former; as to the latter this is most certainly not for me. Or for anyone, for that matter; but this is a private decision.

Frugality as an art form

This kind of frugality is more about ‘stretching the pound’ without loss of quality of life. Decisions are usually made on the basis of different factors and broad considerations. For instance, making bread for me is never only about saving £30 per month; were it only about that it probably won’t be worth it. Making bread is also about the quality of bread and me relaxing. Similarly, having a cleaner makes sense in terms of frugality only when all other considerations – like my very long working days and the difference between the hourly rate of pay – are taken into account.

Also, a frugal artist considers long term prospects. Outsourcing household labour allows me to focus on developing different skills and competencies that in the long run will pay off handsomely. No additives (and sugar) in our bread and meals is most certainly healthy in the long run.

Extreme frugality, on the other hand, doesn’t usually build on broader thinking and wider concerns. Driving for 35 minutes to save 30 pence off your shopping misses the point that you spend much more on petrol; because your thinking focuses solely on the saving. Making your own bread, or lunch, may seems as a cumbersome shore because of purely financial reasoning.

Cutting your own hair, or saving on internet, telephony and computing, will reduce your outgoings for the moment; but in the long run each of these can seriously diminish your ability to earn more.

Two kinds of frugality in a nutshell

These are differences between the two kinds of frugality in a nut shell:

I am frugal; but I believe in, and subscribe under, the kind of frugality that brings different kinds of value to my life, the one where I can get the maximum value out of my money without compromising my quality of life.

I am a frugal artist; how about you?

16 thoughts on “The Manifesto of a Frugal Artist”