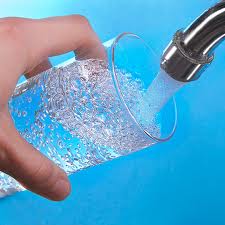 Friday, as usual, is my more private posts day. So today I decided to tell you about a conversation that I had couple of weeks ago. I was in Italy, at a conference. Conference dinners can be one of the most arduous and boring affairs ever; particularly if one has the sense not to use them to do politiking and to annoy the ones they consider more advanced with countless claims to greatness and minute details of their latest mediocre research project. I believe that dinners are for fun and getting to know people outside their job (if they wish to open up, this is); and thinking about it I have been to one splendid conference dinner in Mexico City – Mexicans know how to entertain and have fun. I even got a ‘mercy dance’!

But let’s get back to Italy. This conference dinner was promising in the sense that it was less formal than usual – so I could choose where to sit and whom to talk to. I, and some of my close colleagues, chose a table where we knew we will have fun; and if there were to be talk about work it may be mildly informative and/or entertaining. So the evening was moving on smoothly, we were cracking jokes and I was practicing for my future career as a stand up comedienne. Remember my life goals?

Then I heard the following:

Young colleague: ‘When I go to coffee bars I drink Coca-cola and pop.’

Me: ‘Why would you drink that?’

Young colleague: ‘Well, when I see that a bottle of Coke and a bottle of water cost the same…why am I going to pay so much for water?’

Me: ‘Do you know that Coca-Cola is the best toilet cleaner. Like ever! I know a group of women who regularly use it – and it doesn’t need scrubbing.’

By this time everyone is laughing but there is discomfort behind that.

Young colleague: ‘Never mind that! Why should I pay for water? It is free!’

Me: ‘How is it free? I pay around £80 monthly for water. I never pay so much for other drinks, alcoholic or not! How much are your water rates?’

Young colleague: ‘I don’t pay any!…Ummm…actually my water rates are part of my rent…ummm…’

By this point, a colleague of mine with whom I work very closely has started cracking jokes. He describes a new Coca cola advert including a shot of a spotless toilet. He is on the roll…the next one is a shot of a sweaty bottle of Coca-Cola and a voice says ‘No, thank you! I would rather have coke.’ And a shot of a line of coke end the ad.

Anyway, time to get to the core of all that. What the story I told you shows is that most of us (even ones with PhDs and research positions) don’t think very much most of the time. My young colleague would rather pay for a drink full of sugar than for water because she believed that water is free. Water is precious, water is expensive to clean and purify and this is why we pay the water companies so much (don’t even get me started on the water companies; worse than banks and many owned by banks as well).

On the other hand, it seems that at airports a business that cannot fail has developed. First, they take your water away because it may be explosive. Then, after security shops sell water that is extremely expensive – in Brussels the other day I simply refused to pay €3.60 cents for 200 ml of water. So I lasted till I got home (only an hour flight). What is I had to wait longer though?

How much would you pay for water?

2 thoughts on “How much would you pay for water?”