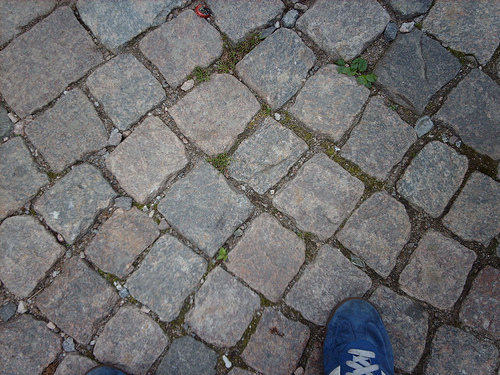 Have you heard about the Darwin Awards? No, I didn’t think so! Not to worry; neither had I till Harri Pierce from Totally Money invited contributions to their Personal Finance Darwin Awards 2012. Just so that you all know what I am getting myself in for (although it is about winning, of course) the Darwin Awards commemorate people who have exterminated themselves from the gene pool by the most idiotic mean possible. Hence the PF Darwin Awards are about financial idiotism. Could I win this? Let’s see, shall we?

I would have thought that, to the ones amongst you who read my blog regularly, it is probably obvious by now that I have made many idiotic financial mistakes in my life. How otherwise I would have managed to learn so much?

Yes, I bought the wrong things, didn’t think about tomorrow, didn’t know how much I earn or how much we spend and didn’t check our bank balance for a decade. You heard me right – for a decade. These were all serious transgressions of the personal finance code of honour but they still don’t convey the level of idiotic disregard, the financial mistake, that will bag me the prize.

I suspect that my first attempt at investing in shares may just about cut it.

t wasn’t too much and it wasn’t too little (the amount is beyond the point). We decided that we will show some responsibility and financial savvy and open a shares ISA account. So we did! We didn’t check the conditions of the ISA we didn’t do any preparation – just opened an account without much ado about something. Next we selected the shares. Do you think that we did any checking and preparation? Did we heck!

We selected the shares using the casino approach: black or red? Shall we bet on seven, I like the sound of it? Sounds ridiculous? Well it really was – no kidding, no exaggeration. I insisted to buy Skyepharma (SKP) shares because I liked the sound of it and it looked like it is vaguely in pharmaceuticals. Can’t be bad, can it? (Ironically at this very moment I know so much more about Skyepharma than when we bought the shares.)

Having taken a completely blind gamble on buying the shares it was a miracle that several months later they had increase in value about three fold. Did we do something about it? Of course not; we left the ISA to its own device and…well, we (almost) forgot about it. A year later most of the shares had collapsed; including Skyepharma. Then we inherited some HBOS shares and put these in the ISA with the rest. These collapsed as well.

To add insult to injury it turned out that it will cost more to close the ISA than there is currently in it; so we still have a shares ISA with several pounds worth of shares. Some of them are Skyepharma and in the last 24 hours our portfolio has increased by all of 23 pence. At this rate it will be cost neutral to close the ISA in about 16 years.

‘This capitalist lark is not working for us’.

This was in the early to mid 2000s and events since seem to show that the ‘capitalist lark’ is not working very well for anybody. Even George W. Bush in September 2008 stated on TV that capitalism doesn’t seem to be working.

In our case, however, capitalism and its inherent weaknesses had little to do with it; most was down to our lack of knowledge and understanding.

Having shared the financial mistake that is behind me deserving to win the Personal Finance Darwin Awards 2012 I have to tell you that now books on investing are my bed time reading; the Financial Times is my best friend and the economic news my morning companion.

Smart people make idiotic mistakes and learn; idiots don’t learn whether they are right or wrong.

20 thoughts on “No education means extermination: my most idiotic financial mistake”