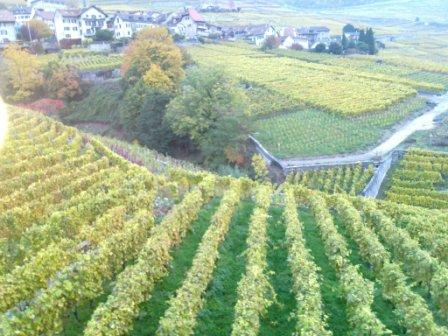 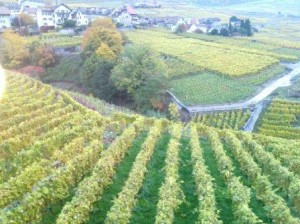 Did you notice the change of title? Yes, I have finally caught on to the fact that the Principled Money Posts article has not been a weekly event for some time now and decided to change the title – this one gives me more freedom. I would like to tell you about another change, though – this is more serious one and more important for me.

I used to be a very fit long distance runner – I have run a number of marathons and was planning to do an ultra-marathon (and would have done one if John didn’t threaten me with divorce if I do). Last summer, whilst training for a marathon I had to have an operation on my leg (I am not in Autumn yet so won’t talk about varicose veins) which not only stopped me abruptly but also meant that I was unable to run for several months. Gosh, does fitness go fast; just like the habit of regular and hard exercise. In short, I have morphed from a fit long distance runner into a rotund and unfit writer. Determined to keep to the ‘writer’ part, I am also resolute to get back to running.

From today, I am officially in training; will be running the Lausanne marathon in October which will be a fitting present for my birthday. Also, this marathon is something of a hurdle – I have trained for it twice and have not run it. Shall I share training tips and progress? Would you hold me to me promise to run it in 4h 30 min (it is hilly btw)?

OK, now to the posts that caught my eye recently.

What do you think about contrarian shopping? Because I am all for it; in fact I am pretty contrarian in most things (don’t see it as a universal virtue; it underpins creativity but is also rather annoying to live with). Anyway, if you would like to know what Len Penzo’s shopping contrarianism is about click here. I’ll just say that I agree with coffee, toilet paper, food and beer; would add wine though.

Whilst we are on shopping, let me tell you about my favourite shopaholic; yep, it is Aloysa at the My Broken Coin. I am tempted just to say ‘go read her blog’. But still, my round up is selective so I’ll say that I am very glad she is not going to follow this financial advice. Neither am I – travelling when you retire? How do you expand your horizons and have some fun? Make my own gifts? I think people should be grateful I don’t – both during the process and because of the outcome. As to cutting my own hair, you already know what I think about this one!

I have always believed that we can learn from anything; about almost everything. Barbara Friedberg shares the wealth lessons she learned from the Boss (Bruce Springsteen). Educate, inspire and motivate – spot on for both Barb and the Boss.

You know that Europe is divided; no, not about the euro but along very old lines of empires. To the Roman Empire we owe the butter eating, beer drinking North and the olive oil dipping, wine sipping South; to the Ottoman Empire – the coffee drinking cultures and to the British Empire the tea drinking places. This is not about empires, though, but about health – Dr Dean has good points about the health and wealth benefits of tea drinking.

Human folly knows no limit; Andrew at 101 Centavos tells us about the lawsuit that Athena Hohenberg, an American mum, has started against Ferrero, the makers of Nutella. It is all about her realising that Nutella is not really a health food, and it is not healthy either. It is just a tasty heaven!

Talking about silliness, we have quite a lot of this one going on in the UK at the moment. Karen at Help me to Save is right to take an issue with a very, very silly article on the BBC news website and ask should the over 50s resign to make space for younger people to enter the labour market. Please, take Karen’s poll; I have voted and my vote in on ‘no’. I have a better solution – everyone over 50 is offered voluntary euthanasia; I am just wondering how my sons would feel about this one ‘cause the time for me is approaching.

This last one is not so much about money or finance but I really don’t want to leave you with the bad taste of contemporary British lack of imagination and will to shake things up. So go over to Mortgage Free in Three and check out which one of the three types Elaine has come up with are you. I am certainly a ‘soar’!

Have a very good Sunday, my friends. Till next time!

This is a picture of the vineyards around Lausanne.

10 thoughts on “Principled Money Posts #16: the winds of change edition”