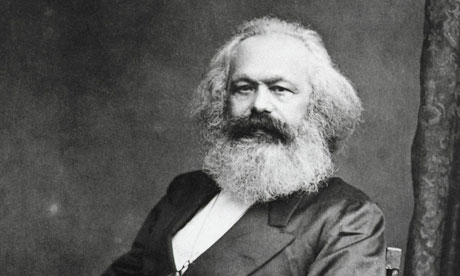 Right; today we travelled to London, settled in our friend’s apartment and went to Selfridge’s. We, as a family, love watching the TV programme and decided to go and see the original shop on Oxford Street. We were not disappointed – the doors were the ones we saw on TV, the shop is great (would you believe I’ve never been to it before) and there were nice clothes we got for rapidly growing up boy. Bottom line is, though, that I am shattered – I really don’t like shopping and crowds and today my quotas of both were exceeded by far.

This is why, tonight I’ll tell you about a conversation I had with a colleague and a friend in Sweden. Most of you already know this about me:

I will in fact go even further and say that I have clear socialist leanings – after all, my father was an old style, idealistic communist and I was raised to believe in opportunities for all. When John and I were working out how much money we need to have in five years’ time so that I wouldn’t need to be employed if I don’t want to someone asked whether we want £120K per year so that we could bathe in milk and eat caviar. It is not about that at all! But three years ago I learned (existentially) that I can’t do much for anybody else if I can’t pay my own mortgage. Wealth and responsibility afford so many opportunities for doing good. Look at the Giving Pledge!

But I am digressing again J. When I was in Sweden three weeks ago, my colleague and I were discussing possibilities for raising some research money and starting a research programme. Naturally, I am very much interested in outlining an exciting research agenda but I also started setting out the resource issues some of which were about recruiting, retaining and incentivising researchers and academics. At one point, my colleague looked at me and said:

‘For a Marxist, you are very versed with and interested in money.’

This made me think. Now, in a nutshell, Marx argued that capitalism is ‘wrong’ because labour and capital are separated. Workers have labour and they have to sell it continuously thus selling parts of themselves; capitalists have capital or the means of production. They buy labour at a price that will allow it to reproduce (eat, rest and physically reproduce) but not much more. However, labour is the part in the equation that generates value, not the capital; this value is expropriated by the capitalists – a process known as ‘exploitation’. How can one remedy this?

By bringing together labour and capital, of course!

And I had it; this is my response to my colleague’s passing comment:

‘Yes, but being Marxist and being interested in becoming wealthy are not contradictory. As a Marxist, I know that the problem is in the separation of labour and capital. Since I have labour I am doing all possible to accumulate some capital, bring them together and avoid any further exploitation.’

So you see, being a Marxist and becoming wealthy are rather complementary. This only works for individuals though; Europe got in a mess lasting most of the twentieth century because totalitarian regimes committed variety of offenses hiding under the mantle of Marx’s theory.