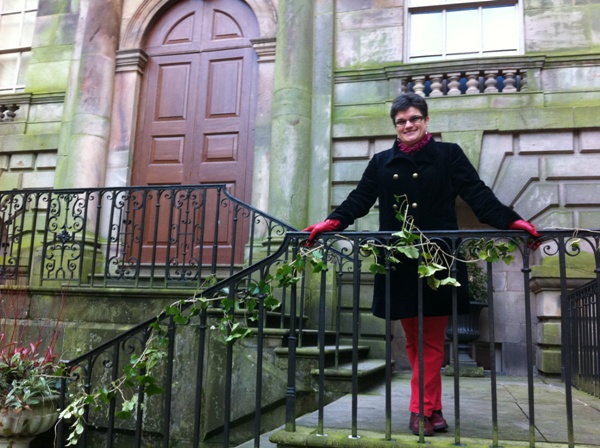 Today is the International Women’s Day and although we are not very big in celebrating it in the UK – we have shifted our celebrating to the much more politically neutral and commercially expedient Mother’s Day – I want to mark it. After all I am from Bulgaria where people really believe that ‘men are the head of the family but women are the neck’ and celebrating women and their strength is important. Every 8th of March Bulgarian women get flowers from husbands, lovers and children.

International Women’s Day started as a socialist event to promote equal rights for women, including the right to vote. A century later most women on the planet vote, most women have access to labour markets but we still earn only 10% of the world’s income and own less than 1% of the world’s property. This is despite the fact that women a becoming more and more prosperous in the Western world; this is not ‘the world’ right? Is there anything specific about women and money?

It is a truism that because of the evolutionary function of women, to give birth to and socialise the next generation, we are the carriers of continuity and stability. Even biologically, variation comes from the male. For our relationships with money, this inherent conservatism means that:

Psychologists have long been fascinated with the different ways in which women and men operate at emotional level and the ways in which this affects the relationships between them. They generally agree that the core fear of most men is that they will be rejected because of failure to perform; women fear most emotional and physical abandonment. This is why:

3.      Women access the world through emotion, men through reason

We see this in our everyday life and interactions. It is usually more likely that a man will go for a technocratic solution to a problem without account of the human costs involved. Analysis of Myers Briggs personality type tests also suggests that whilst 70% of the women are feelers, over 60% of men are thinkers  (this has nothing to do with intelligence but is about how people resolve situations and take decisions). The differences are large enough to be significant. What does this means for our relationship with money?

This is a bit of a composite category including some of the differences discussed above. This also includes the female preference for cooperation versus men’s preference for competition. This mainly affects the kind of occupations, and respectively the earning power, of women. It also is an outlet to the ‘goodness of fit’ between gender pre-dispositions and the way in which the economy at large is structured.

We discussed the intricacies of being rich and being wealthy in a previous post. In a nutshell how ‘rich’ one is, is measured by material possessions – in fact recently the Financial Samurai published a post trying to establish the level of income at which one can be considered ‘rich’. Being wealthy, on the other hand, is a combination between material possessions and positive mentality.

These differences have to be taken with a pinch of salt: they are not absolute and there are probably women who thrive in hierarchies take risks and are thinkers rather than feelers. I know I am one (my Myers Briggs type is ENTJ – the type of Margaret Thatcher, Napoleon and other interesting people; thank goodness it is not very widely spread). What I was thinking is prevalence of tendencies that go beyond the empirical differences between the economic, financial and consumer behaviour of women and men.

What am I missing? Please add any differences that you can think of or have read about.