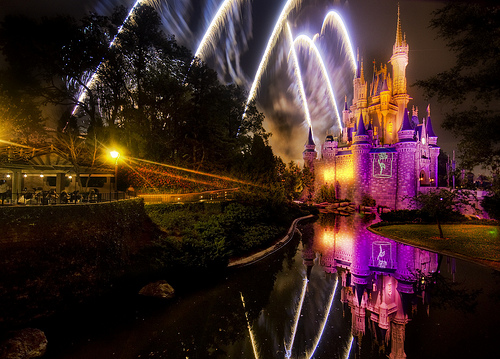 You already know that I don’t set my goals by tinkering with the present but trace back my dreams; this way my goals are a compass helping me to follow the direction of my life .

There are two main difficulties with this:

Several years back, I was talking to a friend who works for a very large international organisation. International organisations usually pay very well – so people can buy their ‘dreams’. I still remember what my friend said when I asked how is his new job after academe. He said: ‘It is hard. People here are so boring that they can’t even dream. It is like you can have any car you want and you end up with a Ford Focus!’

Now, I am not one for a Ford Focus; never have been and hope that will never be. After all, I am the woman who drove a bright yellow two-seater car that said Smart on it. So, I should be able to dream, right?

Wrong! When I tried to dream my future life I was inevitably interrupted by the voices in my head. The conversations went something like this:

I thought that dreaming is easy; in fact once we are out of childhood dreaming is one of the hardest things to do. Think back to your childhood and I bet that you will remember your Mum saying:

‘Stop dreaming and get dressed (or washed)!’

How about these voices killing your dreams then?

Here the answer comes from the approach Walt Disney developed; he used it not only to boost his own creativity but also to structure his studio(s). Walt Disney started his career as a journalist – and was told that he will never be creative enough for that and sacked. This only made him more determined to discover the ‘holy grail’ of creativity. Through observation and self analysis he figured out that there are three sides to all of us: a dreamer, a realist and a critic. Normally these are in an ad hoc conversation dominated by the Critic. For example:

Conversation over; dream over. One more thing to mention at parties as an entry in my ‘Anthology of Selected Intentions’.

Clever Walt noticed this one and thought: ‘What would happen if the three sides talk in strict sequence: the dreamer goes first, after that the realist and only after that the critic is allow in?’ What happens is immensely powerful. Take a look at this:

See the difference? It is worth having a go but remember:

I am also one of the few mothers around who tells her son: ‘Stop getting dressed and get dreaming!’ Oh, and the example is not fiction, it is a plan – riding a motorbike across the US is what I’ll do for my son’s 13th birthday; I have promised him that.

15 thoughts on “Dream your goals and plan your dreams: the Walt Disney groove”