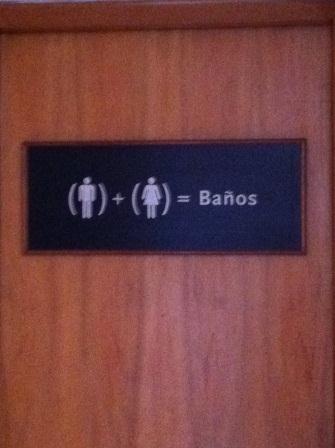 Habits of wealthy people, as well as the habits that help us become wealthy, are much discussed on personal finance blogs. There have been a numerous posts on the ‘five habits of millionaires’, ‘the habits that will make you and keep you rich’ and even the psychology of wealth.

I am known for many things but repeating what has been already discussed incessantly is, I hope, not one of them. Challenging dogma is an entirely different matter – after all The Money Principle was started with the stated aim to make our readers think and this way offer support to work out what really works for you.

This week I am in Chile and it is so different from the other ‘developing’ countries I have visited. To begin with, I can go out and run – yes, every morning I am up at 6 o’clock, in my shorts, wearing the purple running Asics goodness on my feet and out of the hotel. All I experience is other runners like me (well, a bit younger, a bit fitter and a bit faster), the occasional person sleeping rough and homeless dogs chasing the runners.

I use my runs to look around; and one obvious thing is that the problem here is not so much poverty as inequality. Which reminded me that in many ways the curse of our time is inequality – between the educated and non-educated, between people who had opportunities and others who didn’t and of course between wealthy people and poor people. This made me think again about what is distinguishes wealth and poverty. And apart from the fact that poverty not only drives one mad but also madness keeps people poor I came up with the following:

This brings me back to a point I have made before, namely that the way to financial health and prosperity is not through controlling our needs but through mastering our wants.

Do you have this key habit of wealthy people?

And since I spend some of today speaking to Chilean mathematicians I am publishing a picture I took at the department of Mathematics of Pontificia Universidad Catolica de Chile.

When the Head of Department saw that I took a picture I had to explain:

‘Who said mathematicians don’t have a sense of humour?’

To which he replied:

‘Oh, but this is very serious!’

12 thoughts on “One habit of wealthy people”