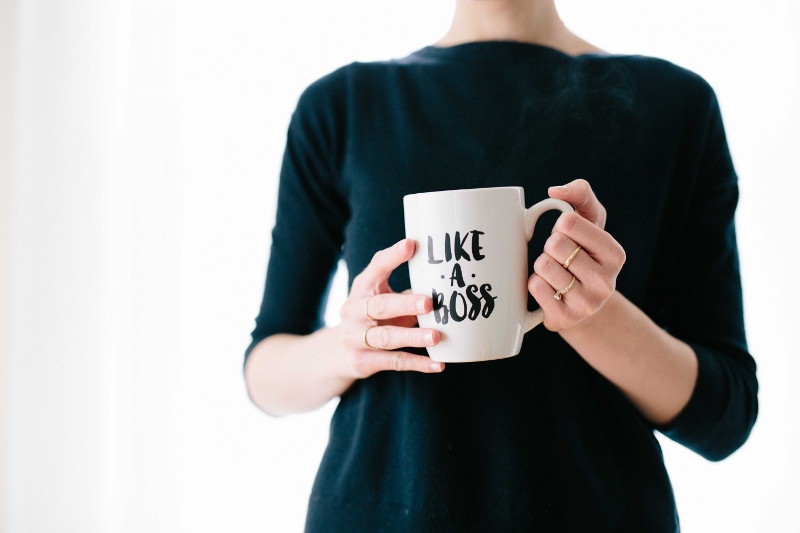 Have you ever asked for a pay rise?

Fine, keep reading, though only reading this crash course isn’t going to help. Asking for and getting a salary increase needs you to say farewell to long-established ways of thinking, behaviour, and fears.

I know because a couple of years ago I asked for a pay rise and got it.

Did I feel embarrassed to ask? You bet I did.

Did I feel fearful that I’ll make a fool of myself and face an outright refusal? You bet I did.

Was I tempted to underplay my value to the organisation (and my value generally)? You bet I did.

Now ask me the million-dollar question; ask me, was I furious when I realised that I earn much less than my male (and some female) colleagues for the same work? You can bet all you have that I was.

This fury, when turned into cool determination, drove me ahead. It made me ask for a salary rise and justify it so that I got it. (It was a rather large pay rise most people believed I wouldn’t get.)

It also turns out that you and I are not alone in not asking for a pay increase: new research shows that over a quarter of working women have never asked for a pay rise, and they find the whole process very awkward.

Your pay reflects the value your employer places on your work. You are skilled, valuable, and you contribute insane value.

Here is how to convince your employer. 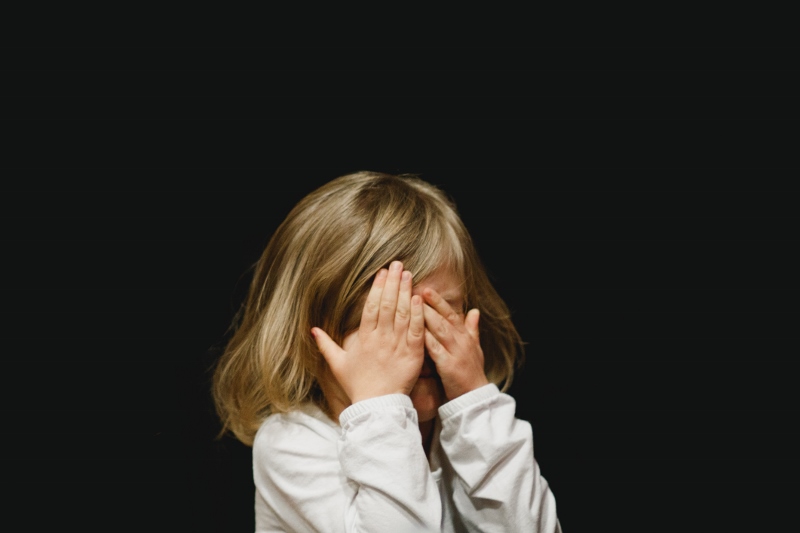 Photo by Caleb Woods on Unsplash

Do you feel embarrassed to ask for a salary increase?

Now think why you feel embarrassed.

Get to the bottom of it – I bet that somewhere deep down, you believe that:

It is normal but not helpful – if you are to ask for a pay rise and get it, you need to deal with these negative beliefs.

You deserve a pay rise

Here I show you how to crash your doubts about whether you deserve a pay rise and convince your boss you are worthy.

Understand that you get paid for contributing value

Many of us don’t understand the connection between their pay and how much value they contribute to their employer’s business.

Your pay must be equal to the value you contribute.

There can be a mismatch between pay and value. When you contribute less value than your pay, you are likely to lose your job.

When you contribute more value than your pay, things are not as clear cut. Employers always look to cut costs, and labour is a major cost. Hence, (bad) employers will let this one go.

It is your responsibility to restore the balance between pay and value – by asking for a pay increase.

Have evidence of the value you contribute

Before you set up a meeting to discuss a pay rise, you need to have a record – or at least obvious evidence – of the value you contribute to your employer’s business. Maybe worth it building this record over time.

Never ask for a pay rise on a whim. Not because I don’t understand, and appreciate impulsiveness, but because being impulsive won’t get you what you want.

Contributing value precedes getting a pay increase; so, start planning this from now. As a first step, decide what would you do above and beyond your current paygrade to impress your employer.

Argue your pay increase based on the value you contribute

When you argue a pay rise with your boss(es) argue based on the value, you contribute. You must prepare.

Think carefully – what is important for your employer? Have a clear idea of how much you contribute to different business lines.

(Administration thrives on qualifications; asking for a pay rise may need to mention all skills you’ve mastered and courses you have taken.)

This one is simple:

If you are not convinced that you deserve a pay rise, it is unlikely you’d manage to convince anyone else.

Hence, convince yourself first; don’t leave any space for doubt – you are so worth this pay rise.

You deserve a pay rise; you don’t need it

Arguing a pay rise on the bases of need is a mega-mistake.

You will get this pay rise 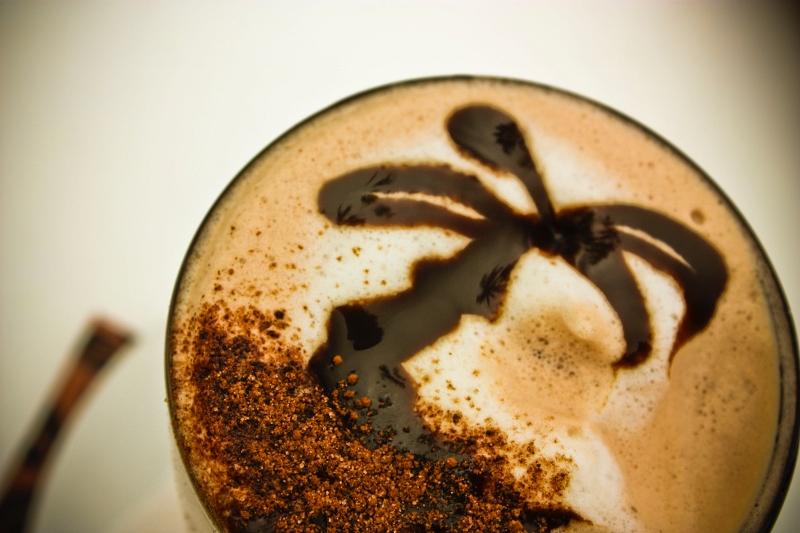 Photo by Wicked Sheila on Unsplash

Here is the first thing to understand:

You are not given a pay rise; you get a pay rise!

There are some actions you can take to ensure that you are ready to go for a pay rise and get it.

Go over all the reasons you deserve a pay rise

This is still rational and involves making a list of all the reasons you deserve increased pay.

(Make sure that none of the reasons are about fairness – ‘this is not fair’ didn’t work as an argument even when you were five.)

Whenever you feel doubt creeping in, just go over the list.

Imagine the outcome – you already have a pay rise

Feels good, right? Imagining a positive outcome works at sub-conscious level and makes you behave like a winner.

Winners get what they want; at least some of the time.

Imagine the outcome – you didn’t get a pay rise

This technique is also known as the ‘go to ground zero’ approach.

Imagine that you didn’t get a pay rise. How does it feel?

It hurts, you say. It is humiliating. It makes you angry. You feel unappreciated.

Yes. Go through the feelings. Once you finish, remember that your situation has not changed materially – you are still on the same pay as before asking.

What has changed is you signaled ambition, and this is not a bad thing.

You were also brave and asked. High-five yourself – you must celebrate because success comes from little acts of bravery, some of which achieve the desired outcome.

Now think about what you would do if you don’t get a pay rise.

Are you going to look for another job? Where? What preparation do you need?

By the time you’ve finished asking for a pay rise and not getting, it won’t seem that scary.

You need to keep yourself calm and collected. Showing emotion when negotiating pay will work against you, I guarantee.

Make sure you are not over-dressed or under-dressed for the interview with your boss(es). Pitch your appearance just right for the paygrade you want to get. (translated this means dress to convey the message of the value you contribute.)

I’ll be honest – it can go very wrong. You can make a cake of yourself and feel embarrassed for weeks after asking for a pay rise.

You don’t want this to happen to you, and it doesn’t have to happen.

Here is what to do.

Research how to negotiate your pay rise

Learning is not hard today. Just Google the question and use your common sense.

(A tip: if an article advises to go scantily dressed for a pay negotiation, check the sector. Usually, displaying your physical assets doesn’t work.)

Practice in front of the mirror

You know that the way you see yourself in your mind and the way you behave are very different things.

Practice negotiating and look at yourself in the mirror. Pay attention to your body language and your expressions. (NLP teaches to mirror the body language of the person which whom you are negotiating. This way, they agree with you easier. I believe that poise, calm, reason, and lack of aggression would do it.)

Practice negotiating a pay rise with a partner

Ask them to be hard negotiators and challenge you.

You learn not to lose your cool and get emotional in the middle of the negotiation of your pay rise.

Asking for a pay rise is hard for anyone. It is especially hard for women because we tend to underplay our value, have insecurities around competence and, generally, don’t like the situation in which we have to make people appreciate us more.

You have a choice: you either overcome your insecurities and ask for a pay rise or stay within your comfort zone and allow your pay to fall behind your qualification and the value you contribute.

It is your life; it is your choice.

Now you know what to do, and how to ask for a pay rise, all that is left is to act.

Just ask for a pay rise, and who knows, you may receive.

Photo by Brooke Lark on Unsplash

3 thoughts on “How to Ask for a Pay Rise: Crash Course for Women (and men who have never asked)”