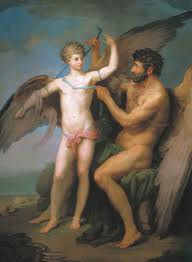 Our lives run on routines – from the moment we wake up, till the time when our eyelashes gently ring with tiredness, we execute sets of routines. We brush our teeth and don’t even remember doing it. Heck, sometimes I’ll drive to work and won’t be able to recall the journey; and driving is an activity where ‘being present’ is essential.

But our lives are not only dominated by the routines we create; they are also guided by the custom of received wisdom. This is embodied in fairy tales, sayings, fables, mythology, norms and rules. This received wisdom provides the building blocks of our existence – it allows us to take some of the things around us for granted this making ‘split second’ decisions and consistent patterns of behaviour possible. In other words, routines and received wisdom are useful shortcuts and using them we save energy to tackle ‘the next step’. Remember how tired you felt last time you moved house? Or when some aspect of your life changed dramatically? This is because of breakdown of routines.

Having just admitted that routines and received wisdom are very useful in our lives what is my problem with them?

I believe that there are two problems with received wisdom: (a) it can be misunderstood; and (b) it can be plainly wrong. In the former case we use our selective collective memory to emphasise part of the story which distorts its meaning and in the latter, something believed by many people to be true is not necessarily so.

But let me give you some examples.

The Myth of Icarus

This is an example of selective emphasis on one side of the story thus distorting its meaning. Daedalus was an Athenian craftsman genius who was exiled to Crete and imprisoned with his son, Icarus, in the Labyrinth – a construction he build. To escape, Daedalus build two sets of wings using feathers and wax. When giving his son his wings, he gave him a warning…

Now let’s play! What was the warning? Did you think ‘don’t fly too close to the sun because your wings will melt’? If you did, you were probably in the majority; in fact some web-based sources on mythology mention only this warning as well. It is only part of the story.

(A big thank you to Seth Godin who reminded me this by making it the premise of his latest book, The Icarus Deception)

Because we have forgotten about the second part of the warning, the myth of Icarus has come to embody the received wisdom that we shouldn’t aim too high lest we fail. In some sense, the second warning was even more important – don’t content yourself with too little because you will surely fail.

Here I’ll tell you about two sayings that I have always found objectionable although, on the surface, these seem to make sense. This list can be much expanded.

Cut your coat according to your cloth

This is a saying that, to the best of my knowledge, exists in one form or other in most cultures today (in Bulgaria, for instance, people will say ‘spread yourself according to the length of your blanket’; not a good translation, I know, but then I never told you that I am a good linguist). On the surface, it conveys the message that people should live within their means and as a personal finance blogger I shouldn’t object to this one.

However, I find this saying highly objectionable exactly as a personal finance blogger. Regardless of the simple and true-like message this saying contains it is wrong on two counts. First, to achieve financial health we should always aim to have some ‘cloth’ left and second, it is rarely wise to contain ourselves within our means without trying to expand them; or in other words, we should aim to increase our cloth instead of restricting ourselves to it.

Taking the message of this saying seriously can mean that we wear a very tight coat all our life! I don’t fall for this one! Do you?

Good things come to the ones who wait

This is an all time favourite of mine. On the surface, it conveys messages regarding patience. However, the unfortunate use of word is ‘wait’.

Now correct me if I am wrong but I can’t recall a single good thing that has come to anyone simply by waiting. Only inevitabilities like death can come from simply waiting. While I would agree that patience is necessary were ‘good things to come’ these also need thinking, planning and action.

Are there any saying you particularly dislike and what are they? Prey do share; I would love to expand my list :).

16 thoughts on “Received wisdom is problematic: sayings I dislike”