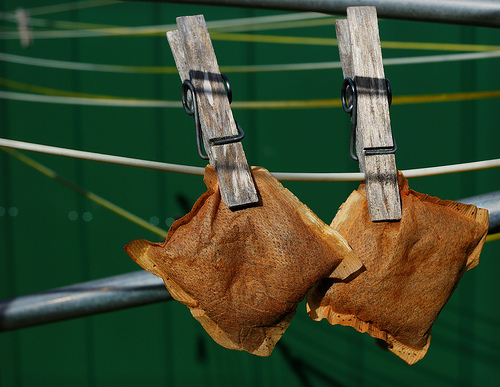 We all know people who handle money completely differently from the rest of their family or their partner. One spends, and the other saves to the point of making the eagle scream.

Basically, there are four different types of people when it comes to money. You can even take quizzes to see which type you are.

So, which one are you? Take a look at the brief description of each of the four types below:

The spender is the saver’s opposite. If they see something they want, like the latest smartphone, it’s theirs immediately. Money is no object. In fact, cash is no object because the Spender will fearlessly rack up purchases on their credit card. The Spender is a big believer in YOLO: you only live once. Why pass up a purchase that gives pleasure?

Well, one big reason is because no cash in your savings and maxed out credit cards are not a recipe for financial happiness. Ultimately, if you want larger purchases such as a car, house or investments, you will need a certain amount of money saved. The Spender puts themselves out of the running, and it may take years to undo the damage. The best thing for the Spender to do is commit to a budget notebook. They need to write down everything they spend for a month. This can be very revealing of spending patterns, particularly when they see the impulse purchases add up.

Once the Spender gets a sense of what they are spending on, they can plan a reasonable budget in which spending is intermixed with meeting basic needs and saving. It’s all about balance. You don’t have to cut all spending — just make sure spending is not injuring other categories.

The Saver saves. They can tell you to a tee what the balance is in their accounts. They shop for the best deals in interest rates. Savings accumulate faster that way. They may use an app that saves automatically based on an algorithm. They don’t splurge on movies or any other entertainment need, figuring that Netflix or the library can fit the bill for most movies. They make their own pizza rather than ordering out.

In fact, the Saver may save almost too much. They’re likely to avoid using credit cards and are the ones who don’t own a car/bike walk to work. A car down payment would put too much of a dent in their savings. Admirable, certainly, and green to boot. But the fact is, the saver also needs to make purchases like a car or house at some point.

Savers tend to see saving as security. At some point, they need to pivot to see major investments as security.

3. The Too Pure for Money

People who are Too Pure for Money genuinely see money as a source of bad things — think greed, hypocrisy and envy. So they tend to avoid it to pursue the finer things in life. Often, Too Pure for Money people will put off asking for a raise because they fear it will make them look greedy, selfish or demanding.

The key for Too Pure for Money folks is to see money as part of life. It is almost impossible to go through life without paying bills or being concerned with salary. If anything, Too Pure for Money people can be accused of arrogance rather than greed.

That said, there are some things they can do to make life easier. If they don’t want to deal with money, setting up automatic bill pay will help. Bills will be paid on time, and Too Pure for Money will not have to sit down and deal with it, past the initial set up. Automatic savings are also helpful for this personality.

The Know-Nothing neither spends nor saves. They simply refuse to look their checkbook in the eye. Checkbooks are never reviewed to see balances or whether checks have cleared. Bills may or may not be paid. They don’t know quite how many credit cards they have or whether or not they are maxed out. From there, things may go from bad to worse. They may stop opening bills or any financial communications because they imagine the situation is much worse than it is.

Know-Nothings imagine terrible things ensuing from financial engagement. They need to adopt a “step at a time” approach. Commit to opening all bills for a month and paying them on time. Then move to balancing accounts. See financial knowledge as part of community responsibility.

Know-Nothings can also benefit from monitoring their spending. It, like bills, may turn out to be not as bad as they feared. The chief need for a Know-Nothing is to know more about their spending and saving. Then, plan for their top three financial goals. Whether those goals are a house, a vacation and a car, or something different entirely, saving for each will foster engagement.

Understanding which of these money personality types you are, as well as the strengths, weaknesses and tendencies of that personality, can help you live your best financial life.

2 thoughts on “Which One Are You: 4 Different Types of People When It Comes to Money”