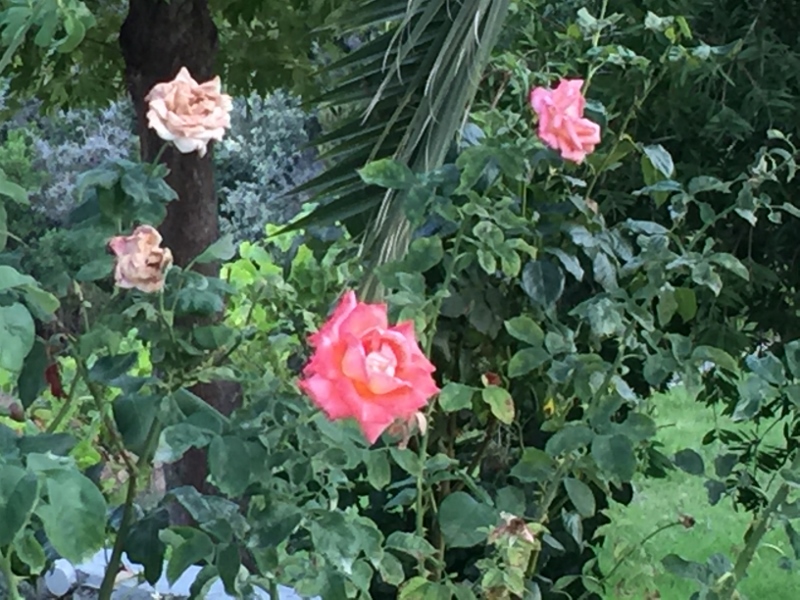 Lately, business has been on my mind a lot.

Coming up with ideas for businesses is what I’ve been puzzling over before I go to sleep, while driving and while sliding fast downhill on bad, slushy snow.

Why, you may ask, a university professor is so preoccupied with the idea of starting a business?

Well, because this is one of the roads to our audacious financial goal. Remember, John and I have set out to ensure that by October, 2018 I wouldn’t have to be employed if I don’t want to be. Some call it financial independence; I call it having choice.

Using The Money Principle retirement calculator, we figured out we’ll need £2.5 million to be able to live a life we’d enjoy. It sounds a bit excessive and I don’t intend to take Champagne baths; not even drink Champagne in my bath.

What I want is to have enough so that we don’t run out of money before we run out of life; and, of course, to try and do some good with it while alive.

After we paid off all our consumer debt we’ve been accumulating capital to invest. I reckon that selling labour and saving is not very likely to do it: even if it were possible for me/us to increase dramatically what we could charge.

More traditional forms of investment – like shares and property – are not very likely to generate the kind of return we need within the time line we’ve set out either.

I was starting to chicken out: it seemed to me this time we’ve bitten more than we can chew.

Giving up without a good fight is not my style. Yesterday I decided to be systematic about the whole thing and brainstorm ideas on how to make £2.5 million – okay, make this £55,000 less – by October, 2018 (or equivalent, which means make £10,000 per month mostly passively and sustainably).

Obviously, this was not going to work.

After that, my list picked up and I came up with things like ‘write a best seller of Fifty Shades proportions’ and ‘write 20 books making £125,000 each’.

Next entry was ‘think of starting two businesses that can be sold for over £1 million each’.

This is how a sociologist and a philosopher of science got to thinking seriously about starting a business!

I started looking around and coming up with ideas for businesses.

Yes, I know that three out of every four start up businesses fail. In my understanding of statistics this only means that one has to start more businesses and learn from the preceding failure(s).

But are there any businesses that have much higher probability of success and can grow fast? Any businesses you have to be a real klutz to fail?

There are, I think, three almost fail proof business models.

There are many businesses dealing with waste. Their strength is in our need for them: if your drain-pipe has burst you’d pay almost anything to have it fixed. Or if you are in an occupation that generates refuse you’d have to arrange for its disposal.

These businesses can still fail, be it because of logistics (this is a very complex part of those), competition or break-through technology. Also, most waste related businesses operate on a fairly small margin.

Building a waste-treatment business of some kind is not what I am talking about here.

Do you know the story of Meyer Luskin? Yes, the same one who came up with a simple business idea that is pure genius and made him obscenely wealthy (the guy is a billionaire). He saw that bakeries have loads of left overs their owners really need to dispose of. So he offered to take it away and got paid.

Nothing that clever so far. Where this gets interesting is that Mr. Luskin asked himself the question who may pay him for the rubbish he was already paid to take away. The answer was simple: farmers can use it to feed their animals. He started selling it to them.

This is how rubbish – old, no good for humans, bread – became animal feed with nothing in between apart from transport. And you get paid at both ends. Genius!

I was thinking that this model – of turning rubbish into value – applies to other areas. Any gardener who just deposits the grass they cut in the rubbish bin is missing on an opportunity to start a compost making business. It may not make you a billionaire but it will increase your income.

2. Businesses providing conditions for success in other occupations

Couple of years ago I went to a business seminar. Not getting into the details of it – after all we were asked to sign a confidentiality agreement though most of what was discussed can be found in about 30 minutes on the internet – one thing I learned is that the guy who sells shovels makes much more money than the one digging for gold. Always!

This is the broad principle that these kind of businesses use: they offer a key condition for success in something else. If this condition is a requirement for success even better.

An example of this is the academic publishing industry at the moment. Since publishing has become part of performance measurement in academia, and hence a condition for professional success, academics write for free, review for free, edit for peanuts, sometimes pay to publish and then they (and their organisations) pay a lot to be able to read these journals.

A business model that can’t fail, I think.

These businesses ride on some kind of aspiration. Face it, we all want to look better and be taller/shorter; slimmer/fatter; have longer or shorter noses and have bigger or smaller boobs.

Becoming a cosmetic surgeon may be tricky – it is a ‘high entry level’ occupation and is not for everyone.

There is a softer, less invasive side to our pursuit of body perfection though – the fitness and weight loss industry.

Obesity is not even simply a dream; it is a serious health condition that many have a problem remedying without outside help. It is also the single largest projected expense for the health service around the world.

Starting business around beauty, fitness and weight control is probably one that can make it really big if you become competent in it.

Looking at these three kinds of businesses, I’ll have to exclude the first one immediately – I don’t believe that I have it in me to come up with and realise an idea like that.

Academic publishing, though, has been something I’ve pondered for several years now. In Santiago, over a great dinner and some stunning wine, a group of us came up with a name – Carmenere Publishing (if you haven’t tried Carmenere, please do; most decent wine merchants stock it). I also own a web domain that can be used to start an open source publishing venture (www.thefourstarjournal.com): this will not only generate income if done properly but will also mock the current system of assigning stars to the journals where we, academics, publish.

Lastly, using my contacts in the fitness industry, bringing in nutritionists and using what I know about habits may be useful in starting weight management clubs. I just need to find a friend with a very large country house somewhere sunny but not hot.

Can you think of any businesses that fit under these three fail proof business models? Examples of success in these?