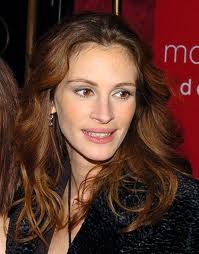 …need or would like to have. But before we go any further I wish to make it clear that this is not a mid-life crisis; like many other things in my life the inevitability of a mid-life crisis is planned for the Summer of 2014 when I’ll be dressed in leathers, on a Harley, my son sitting behind me riding towards the West coast of the US.

got thinking about the great things that more advanced age brings is that I have been catching myself feeling really fearful of aging. Not surprising, really! Looking at the world we live in, we are surrounded by images glorifying the rigour, freshness and innocence of youth. On the walls in my gym – great looking, slim young people on top of mountains; on placards – young people with lovely smiles; at the cinema…oh well, what is on screen is an entirely different matter altogether. Or is it?

For some time now I have been thinking that it would be really nice to look like one of the breathtakingly stunning actresses. My ideal was always Julia Roberts! Apart from Julia being several years younger, quite a few pounds lighter and several inches taller than me there is nothing standing between me and my ideal. Oh, and the fact that she was voted one of People magazine’s 50 most beautiful people in the world eleven times.

Then, couple of weeks ago we saw a movie that changed my ideal somewhat; my new role model is an actress who started acting exactly a decade before Julia Roberts was born: Dame Judi Dench. Have you 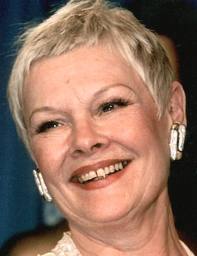 already seen ‘The Best Exotic Marigold Hotel’? I won’t give away too much but let me just tell you that it is a tale about a group of older people who go to India; and, naturally, a group of older actors are in it. But the camera still loved them; and when Judi Dench was on screen we couldn’t take our eyes off her. She is 77, still looking great, still attractive and still has presence, style and elegance.

Knowledge is always cumulative irrespective of whether we mean the knowledge pool of humanity or the knowledge that individuals have about the world around them. This also means that it takes time to accumulate knowledge; in other words, the older one is the more knowledge he/she is likely to have. I am not talking about education here and we will have to compare like with like. If we compare two people with low level of education or two people with PhDs it should be expected that the older one knows more.

And yes, I remember being in my early 20s and busting time based arguments regarding competence by pointing out that people could do something wrong over a long period of time. Don’t try it this one; trust me you will be wrong – older people generally know more than younger people do and we will all be doing much better to remember this.

Yep, this is different from knowledge – even when knowledge is acquired only time brings about the mastery in applying it without emotion and self deception. Wisdom comes with age though this is not universal. Some stay with their folly till the end.

However, wisdom is generally much more prevalent amongst older people or at least that is what the latest studies testing reasoning about conflicts and major events show. Self reported levels of wisdom are not apparently age related – both older and younger people consider themselves to be wise. These are the ones to watch, I say.

You heard me right; older people are much wealthier than younger people. Apparently, in the USA income peaks at 57 (typically) and wealth is at its highest at 63 . According to a report of the Office for National Statistics, Wealth in Great Britain: main results from the wealth and assets survey 2006/2008, people in the age group between 55 and 64 are the wealthiest – they have most savings, biggest pensions and the most expensive property.

Most personal finance bloggers extol the virtues of starting to save for retirement early. Not bad advice, I would say, but why make people in their mid-30s and 40s feel that if they don’t have a hefty sum squirreled away they may as well hang their heads in shame and give up. Did, you know that data suggests that wealth accumulation is most rapid later in life – when earnings are high, children have left home, mortgages are paid or as good as, home equity is high and people can downsize.

And as if being more knowledgeable, wise and wealthy is not enough; the latest studies show that older people are much happier than young ones. There have been quite a few studies showing that the self reported levels of happiness increase after the age of 45-50 and start decreasing slightly after 80. After trying to explain these results scientists have zeroes on the fact that older people are better at retaining memories associated with positive emotions and forgetting bad ones. Not rocket science after all!

I know this is rather different from the other four but couldn’t resist: it is true. Older people who have not had accidents have much cheaper car insurance than young people. Including really bad drivers like me.

The reason I couldn’t resist though is again a movie. Have you seen ‘Fried Green Tomatoes at the Whistle Stop Cafe’? Do you remember when the main character (Evelyn) was waiting for a parking space at the super market and two young girls pulled in out of the blue? They told Evelyn that they did it because they are younger and faster; she smiled, told them that she is older and has better insurance and rammed in their car eight times. By accident, she told her hubby. Favourite scene this one!

To sum up, we live in a culture glorifying the rigour, freshness and innocence of youth all the time forgetting about the knowledge, wisdom, wealth and emotional contentment of older age. Instead of fearing the passage of time let’s grow older with charm, beauty, elegance and dignity. And I am still going to win this marathon when I am 80!

21 thoughts on “Five things older people have and young people…”