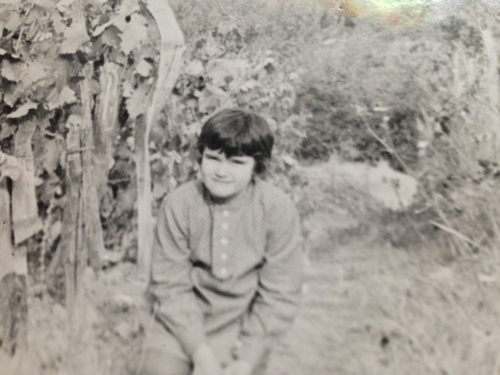 Five years ago I had absolutely no idea how much I earned.

Let me re-phrase that: I didn’t know how much my salary is.

A friend showed me a pint of milk; absolutely no idea how much I was expected to pay for it.

Mortgage, bills, monthly spending…yep, you guessed: it was all black magic for me and hence of no interest at all.

People thought I hated money; my lefty friends thought it comes from my innate socialist leanings.

I have never had a problem choosing between love and money; because I love money. Always have and always will.

How come I was so disinterested in money, then?

I had to ask myself this question when we got into a sh*t load of consumer debt. I had to figure out a way to crawl out of it.

Knowing that the problem is your disinterest in money is not enough to solve it. This only helps you place yourself in a particular group: in my case, the group of half-conscious, blotted consumers.

Since John already did this exercise (and it can be painful at times, and it can make you feel ashamed even as you remember) I decided to do the same. Here is my account.

My first brush up with money

My earliest memories of money are about an argument and darkness.

Between the ages of three and six my grand-parents looked after me. They lived in a village, had a large garden around the house where they grew all kinds of food and my grand-father had vineyards and made his own wine.

So you see, growing up like that, means that I didn’t go to the shops with anyone – if you were hungry you just had to go to the garden and pick something. Money didn’t really have any meaning for me and I was growing up as a savage in a barter society.

Then one evening, my grand-dad came back from work – ironically, he was an accountant. He put his fingers in the little pocket of his waist-coat and…the money he had there was gone. At that, my grand-mother absolutely lost it; she started shouting at him, calling him names, accusing him of sins far beyond losing a small amount of cash.

Children are scared of conflict; particularly children who have been sent to live away from their families. When children are scared they tend to suppress the source of their worry – no money, no trouble. If you don’t care about money, conflict will be avoided and your family will stay together.

Childish, I know. But we are not discussing maturity; we are finding the life markers that shaped my money mentality.

Another thing I remember from that time – and can’t stand – is darkness. My grand-mother was saving electricity, it turns out. I can’t stand darkness.

My sister and me

When my parents finally got me living with them again money continued being a matter of discord – this time between me and my sister.

I don’t remember how I got it, but I remember having quite a few coins in a nice purse. Thinking back, I was about six years old and had absolutely no idea of what money does, where it comes from, notes and coin denominations or how the whole ‘money thing’ works.

Gosh, when my son was six I gave him pocket money and went with him to the shops so that he can ‘play at shopping’.

Back when I was six, having these coins made me feel rich and invincible. Then I bought some sweets… All my money was gone but I couldn’t believe it; so I decided my sister, whom I didn’t like much at the time, has taken it. I accused her.

Recognise the pattern? Yep, conflict; just like when I first encountered money.

My sister was already a teen at the time; her reaction added an important but negative aspect to my money mentality: money is not only a thing you argue over, it is also the thing that people shame you with.

Why have more when you have enough?

By the age of seven, I was doing most of the food shopping in the family. Strange you may think.

Probably but then none of the decisions were mine. Before going to work, my mum will leave me a list of what we need and the money to buy it. So I did.

What I learned from that? That you buy what you are told and that money is infinite – it was always there. I never heard my parents discuss finances or argue about money.

Then at seventeen I left home and went to university. I still remember the dark autumn evening when my mum came to bring bedding and whatever else I needed for my rented accommodation.

I saw her downstairs and didn’t really want to let go – I knew that I’ll never live with my parents again. We were talking at a street corner before saying ‘good bye’ and my mum said:

‘I don’t know what to tell you; wisdom is drained by excitement and sadness. May be the most useful thing for you would be to learn to control money, otherwise it will control you.’

It took thirty years to understand what she meant and implement it. Don’t blame me; I am smart but my money management education consists of this sentence. Even smart people have problems learning without ‘hooks’.

Ever since I was about fifteen money came easy to me; and it left my life as easily as it came. There was never anything to show for it.

Meanwhile, I had developed a money mentality of disdainful neglect. I never discussed money – I thought it shameful. I even left a boyfriend because he asked me about my finances; complete lack of class, if you asked me.

Money became just ‘a thing you buy other things with’. When I had money, I spent it on experience and on my friends. When I didn’t…well, this is life and I went without.

Throughout my early late teens and twenties I went without food (sometimes), without drink (I don’t drink much anyway), without…I didn’t care.

The ‘wilful neglect’ continued…until we got in obscene amount of debt. And we had children.

I had to change my money mentality and sort out the debt; I wanted our children to have a future.

My money mentality used to be one of ‘wilful neglect’. My money script was shaped by seeing money as the source of conflict, food self sufficiency and a family that had enough and never wanted more.

Changing my money mentality from ‘wilful neglect’ to ‘mindful consumption’ has been the single, most important step towards changing our financial fortunes.

8 thoughts on “My money mentality: why money didn’t matter to me”