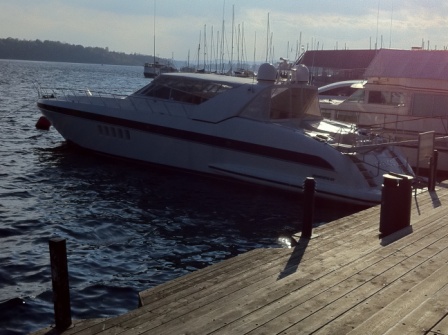 Have you noticed that more and more people have more and more debt? This is a fact hard to miss even if you are not one of them. Here are some numbers:

In the UK, we are not better off than our cousins across the Atlantic. Some of the statistics is rather frightening, actually. Did you know that:

Apart from finding the statistics disturbing, this made me ask myself why is it that the number of people in debt and the amounts they owe increasing? Yes, times are hard but they were harder during the Great Depression. Yes, the economic climate is harsh but it wasn’t better after World War II.

I came up with two main factors behind this process:

Let me address these in turn.

There are two sides to temptation. First, there is much more desirable stuff around. This is part and package of consumerism which became an intentional policy in the US after WWII: it was seen as a way to economic revival and prosperity for all. This policy spread; product innovation (mainly technological) came in vogue and the rest, as they say, is history…and destruction of the resources of our planet. What does this mean in simple terms?

It means that we are not content to have a phone; we want the latest model. Having an iPhone is not enough any longer – we want, and sometimes get, iPhone 5. A car is not simply a means of transportation; no, it is a status symbol and a source of pride and pleasure.

And second, we have developed an industry the main aim of which is to tempt us: advertising. Advertisers are very skilled when it comes to convincing us that what we really want (and need) is not a Ford Fiesta but a Ferrari; not a dress but a designer label piece of art; not a house but a palace with billiards room and an indoor swimming pool.

There is a marked tendency for access to credit – or the opportunities for borrowing – to become easier.

Our great, great, great grandparents, for instance, wouldn’t have had access to credit from banks – until relatively recently banks were for the privileged few and the reliable middle class (after it emerged that is) not for ordinary, working people. When in real trouble, they would have borrowed from relatives and neighbours and would have had to think very carefully about doing it – failure to repay carried grave moral, and in some cases physical, consequences. In traditional societies, loss of face is a sufficient punishment and deterrent.

Our grandparents, could borrow from the bank but they had to meet a number of conditions – they had to have a steady and secure job, they had to go to the bank and fill in the application, had to provide different documents, meet a seasoned bank employee and undergo an assessment. The whole thing took a long time and carried the seriousness that forced people to consider the consequences of borrowing – so this was done for ‘great’, life time purchases like a house, or a car (which didn’t get changed every two-three years).

We have credit cards on which we can buy anything and keep it there as debt; in many cases for many years; to great loss for us and profit for the CC companies. We can apply for a loan on line and even the strictest bank (although they have got a bit stricter) will lend after a perfunctory credit check. We can apply for, and get, online short term loans some of which boast that the money can be in your account and ready to spend within hours of applying.

What does this have to do with you

It seems to me that both these processes – of increasing the level of temptation and easing the access to credit – convey one message.

Responsibility for coping with temptation and dealing with the consequences of borrowing is firmly in our court!

Not getting in consumer debt depends on our ability to control our wants and on learning competencies and techniques preventing irresponsible borrowing.