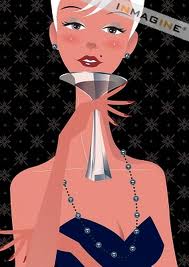 On March 8, International Women’s Day, I asked my 11 year old son what shall I write that is about money and women. His reply really surprised me; he said:

‘Mum, write about how men earn all the money so women can spend it.’

Now, where did this come from? We have always been a family with fuzzy stereotypes – I am someone who travels a lot for work, who earns decently and started cooking only two years ago because I did finally see how this is relaxing and sensual. John has worked from home for over a decade, he earns unpredictably and has always been there for our son. Still, stereotypes persist.

Ne need to say that I didn’t write the post my son asked me to write; I went away in a huff and wrote a sensible post about five differences between men and women which affect their relationship with money. And I love this post; so if you have missed it go and check it out.

After that, an interest in the matter of money and women stayed with me; so I started reading about it. I have been also talking to friend (female) and reflecting on the novels I read in terms of these relationships. What I am finding is that in every woman, even the most independent ones, there is a Sleeping Beauty waiting for Prince Charming to wake her up. In every woman, there is a princess that craves to be cherished, looked after and wooed. But I have also noticed that most of the time Price Charming doesn’t come; or even that Prince Charming is waiting for his Amazon to cherish him and make him complete.

Trying to figure out the mystery of the differences between men and women, and their relationships with each other and with money, I started reading David Bach’s Smart Women Finish Rich with great expectations. I expected the emphasis to be on ‘women’ rather than ‘smart’. But let me explain!

The most interesting part of the book, I found, was the one where David Bach offered some of the reasons why women need to take the ‘money game’ very seriously. Apparently:

There is also the ‘small’ matter of Sleeping Beauty and Prince Charming going their separate ways where the Prince keeps his kingdom and the Beauty goes back to sleep.

Hence, the need for women to get serious about the money game! And I could not agree more: sisters forget Prince Charming, please, and become an Amazon. The best way to be cherished is not to be dependent.

Unfortunately here is where my sympathy with this book ends. The rest of it consists of well worn our personal finance dogma that surrounds us. As if I were not vexed with the triviality of the ‘steps’ – these are the aspects of personal finance that have been addressed – these are the steps that any smart person would follow. There is hardly anything specific for women and the characteristics that make them different; well apart from an interesting proposition that since women live longer and will need more money they have to save 12% rather than 10% of their income. How crude!

If you want to check this book out, by all means do it. But if I had to choose again I would have not bothered and would have saved myself the expense (and used the money to harvest the power of the ‘latte factor’ – which, of course, is another crude suggestion in the book).

I am staying with Nice Girls Don’t Get Rich by Lois P. Frankel – at least this book is about the differences between men and women; the author has done some research and is not re-hashing stuff that has been on the financial advisors menu for the last several decades; and it is done in a way that helps you see where you are getting it wrong. Though, I believe that goo girls can get wealthy, but this is another argument; another fight.

So, sisters, the money game is important. But if you want to know how to play it as a woman bet on ‘nice girls’ rather than ‘smart women’.

6 thoughts on “About ‘smart women’, ‘nice girls’ and getting rich”