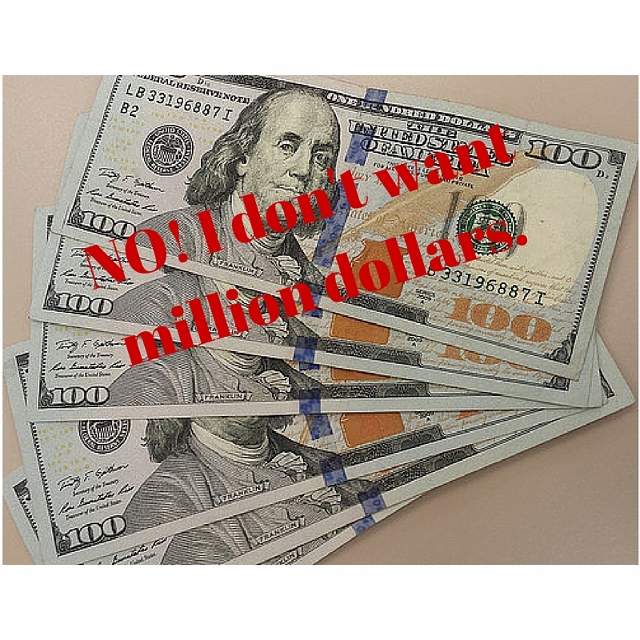 Well a bit more than 2 million actually! What is at stake is the very tempting sum of $2,201,920: this is almost exactly how much the chairman of the Royal Bank of Scotland (RBS), Sir Philip Hampton’s, was reported to have refused to accept as a bonus. On the other hand, the boss of the same bank, Stephen Hester, has reputedly decided to accept a bonus of $1,514,606. These reports of the bonuses that bankers are continuing to pay themselves are causing public distrust and outrage, and political debate.

In the case of originally British banks (originally because they are all transnational corporations belonging to the rat-king of corporations) the matter of bonuses is not straight forward. In 2008 finance sector melt down these had to be rescued by the Government (read the tax-payer); hence, RBS, for instance, is 82% publicly owned. Getting a ‘bit excited’ about the economic and moral rights and wrongs of paying such bonuses is only natural. I would even understand getting ‘very excited’ about paying bonuses at all: after all, the rest of us get a bonus for good work and this usually doesn’t include gambling with others’ money and almost going bust. Obviously banking and politics are exceptions and failure is rewarded with money, influence and honours.

I could continue drifting into a rant about the rationales and morality of the finance sector and politics but I would rather leave this one for another time: after all it is not only revenge but also rants that are best served cold!

My question here is somewhat different:

Could I say ‘no’ to 2 million dollars?

Soon after asking myself that, I was aware that I could not offer a simple answer; certainly I could not offer a one word answer. After that I found myself formulating an economist’s response going something like that: ‘On the one hand, I could easily say ‘no’ to 2 million dollars because I don’t believe that anybody can contribute so much value that they are worth this kind of one off payment (particularly not as a bonus). On the other hand, I’ll find it difficult to say ‘no’ to 2 million dollars because this is almost exactly what we need to become financially independent very comfortably indeed.’

I am not an economist so the ‘on the one hand…on the other hand’ kind of answer left me a bit cold; frankly, it left me a bit disappointed in myself – I should be able to do better than that.

This is why I came up with four conditions that will determine whether or not I could say ‘no’ to 2 million dollars.

Whether or not I could say ‘no’ to money would very much depend on how much money is involved. Oscar Wilde said that anybody who lives within their means has under developed imagination. Well, in this case I find that imagination plays a big part.

It seems to me that we people have a bit of a problem with large numbers – they reach beyond the imaginable. As an example, we all can very quickly and easily imagine what we can do with $50, $100 or even $50,000. At this moment, I know exactly what I would do with $80,000 – none of it is very exciting but I do have pretty good idea. Deciding what to do with $2 million, however, will take some working out.

Include in this the fact that my head refuses to believe that it is possible at all to get an offer for $2 million and you get the picture. I may have to write this ‘what shall I do with $1 million’ post after all; just in case to be prepared.

Bottom line: It is easier to say ‘no’ to amounts of money so large that they are outside our immediate life and experience.

How much is enough?

Most people go through life without setting the upper limit of their ‘enough’. This, however, is considered essential to focus our mind on building rather than scrimping and to help up know when to stop. People don’t know where the upper limit of their ‘enough’ is not simply because of ignorance or by omission. There are two main problems with setting one’s ‘enough’: ‘designing’ one’s future life in all its aspects and the changeability of it all.

This is why even the most savvy and aware amongst us know our ‘enough’ within the present. I, for instance, know that at this very moment my ‘enough’ is $682,833.

Bottom line: All I can say is that today I’ll find it hard to resist an offer in the region of $700,000; anything above this I could refuse.

Reason for and origin of payment

Call me old fashioned but I still believe in good old morality and values. Hence, to even consider accepting any payment, I have to believe that the reason for it is justified and its origin is moral. This makes money laundering, for example, out of the question. This may mean that obscenely large bonuses for work that is badly done may be out of the question as well.

Bottom line: Seeing the reason for payment as just (contributing immense value to others in some way) and the origin of the payment as morally justifiable can induce me to accept.

Use of the money

Do goals justify the means? Don’t answer now – philosophers have discussed this in one form or another for centuries. I prefer to decide on this one case by case.

Bottom line: If I were Sir Philip Hampton I’ll take the money. This decision will be justified by the fact that I would doubt very much that this $2 million will do much good left to RBS; very likely it would just be used to increase the bonuses of the other senior managers. I will take it and use it to start a small social cohesion project – probably something related to education.

Right, it took sometime but I have my answer: I’ll take the money and use it to start a project to increase social cohesion.

What would you do? Could you say ‘no’ to 2 million dollars?

PS: The latest news is that Mr Hester has also refused his bonus; he did take his time and had some pressure from the media and the public.