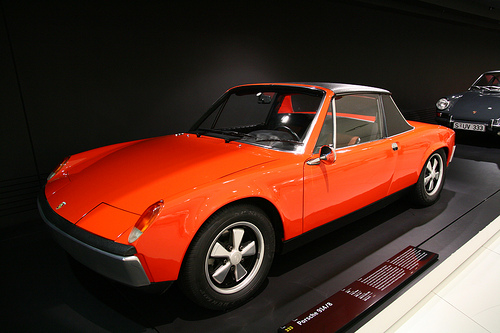 When paying off debt many people go ‘cold turkey’ – no fun, no holidays, none of the little pleasures in life that are not absolutely necessary. To me, this has always smacked a bit of a crash diet where you hardly eat anything for days denying yourself the base pleasure of food and the sanctity of nourishment. And we all know that crash diets don’t work – people who do these end up feeling so deprived and craving that after some weight loss they, as a rule, end up even heavier than before.

Paying off debt is similar and ‘cold turkey’ rarely works long term. More likely than not people get into a cycle of spending next to nothing and over-spending; of recovering and getting more heavily into debt. This is why our approach to paying off debt was ‘not to stop doing things but to do them differently’.

And the main thing, we always ensured we had holidays and fun.

One thing we did differently was to start breaking down the costs of our holidays and make separate decisions depending on circumstances. We don’t go on ‘package’ holidays any longer (though this is tempting for a winter holiday): we book cheap(er) flights; we find accommodation (best is to find an apartment); we eat (a combination between making simple meals, eating fruit and vegetables, and sampling the local cuisine); and we visit interesting sites.

One expense that has been constant in all that has hiring a car; we have never questioned this – we assumed it is more convenient and it is cheaper than using other means of transportation. This summer, for the first time we didn’t hire a car and John and I have been discussing whether it was the right thing – I believe that it is and he is not convinced. So, I decided to lay out my reasoning for you to judge.

One: Costs of car hire

When thinking about the costs of car hire we should consider the immediate costs of hiring a car, the cost of fuel and the costs of insurance.

You may think that hiring a car in Bulgaria is cheap(er); after all it is a middle income country and there is much that is inexpensive. The cheapest car hire, and one that meets our safety criteria, would have been an Opel Corsa and for ten days this would have cost us £215/$335.

It is not only that the cost of car hire is comparable to that in much higher income countries but petrol is also far from cheap: a litre of petrol at the moment costs £1.18/$1.83. For a 1,000 kilometres round trip from Sofia to the resort where we are, assuming fuel consumption of 5.5 litres per 100 km we would have needed £65 worth of petrol. This is probably a rather optimistic assumption, however – I reckon that we should allow £90 for petrol (cars never do the economy they claim and distances and journeys tend to expand).

As to the insurance, John will take a long time to forgive or forget not hiring a car because he just got a whole year of car hire and accidental damage insurance at £39.99.

Two: Use of car

An important consideration when deciding whether or not to hire a car, I believe, is how much use you will get out of it. In our case, the use of the car would have been minimal consisting mainly of driving from Sofia to Varna and back. We may have driven around a bit to see some of the localities of interest but there have been too many instances when we get to a place, park the hired car and leave it there for six days till it is time to drive back.

Naturally, deciding to hire a car or not crucially depends on whether there are alternative and acceptable modes of transport. When on holiday, even a moderately frugal one, cattle trains are not an option – I need and want some comfort.

It so happens that there is a nice coach (bus) service from Sofia to Varna – it takes six hours, it is clean and air-conditioned, and the road is mostly dual carriage way. Even better, a return tickets for the three of us cost £89.

We took taxis from and to the bus station in Varna (£18) and went on a trip organised by the hotel to visit places of interest (£43 and this includes an evening in a nice restaurant).

I already mentioned that the trip takes about 6-7 hours one way. Including other trips we should allow about 20 hours driving. Instead of doing that, we read on the bus, watched a video I had downloaded, rested and admired the scenery – and there is some rather spectacular scenery to see in Bulgaria.

I don’t think it is ever really safe to drive in another country; this is particularly true when all your instincts are for ‘right hand drive’ and you are in a ‘left hand drive’ country. Apart from that, there are local traffic rules we can learn but not internalise – a decade ago in France we almost had a fatal crash with a very large lorry

Using this five point to decide whether to hire a car we decided not to do that this time. I suppose we were right!

Author: This article was researched and written by Maria Nedeva