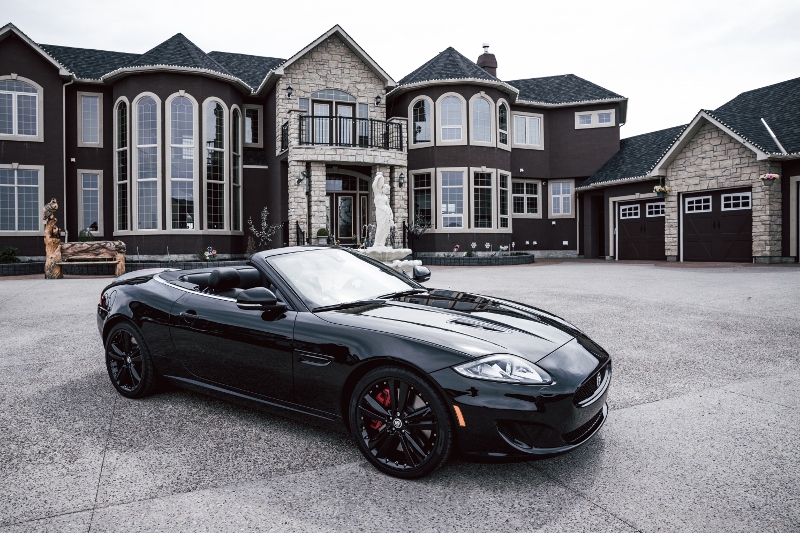 You might think of the 1% as a class of millionaires and billionaires, but you can be part of the top percentage of earners with a lower salary than you think. In fact, the 1% includes people making less than £150,000 per year.

If you’re ever wondered who makes up the 1% or how much they really make, this article will cover everything you want to know. We’ll include information about taxes, the highest-paying jobs, and the difference between the top and bottom of the 1% along with a wide range of other topics.

As mentioned above, the cutoff for the top percent of earners is surprisingly low. As of 2017, anyone who earns more than £140,000 was in the highest one-hundredth of all Britons.

On the other hand, the gap between the highest and lowest earners within the top percent is extremely large. While it takes just £140,000 to qualify for the top 1%, you have to earn at least £990,000 per year to be part of the highest 0.1%.

When most news outlets talk about the “1%,” they’re talking about the top 1% of incomes. In other words, this number is based on how much you earn per year.

On the other hand, you can also compare wealth by net worth rather than income. This may be a better indicator of overall wealth, as a person with a large amount of money but no income would likely be considered more wealthy than someone who earns £200,000 but doesn’t have any savings.

The Office for National Statistics found that the top percentile of British households have a net worth of at least £3,243,400. Keep in mind that net worth means more than just the money in your bank account—it includes the total value of all assets along with any outstanding liabilities.

There’s no single thing linking Britain’s 1% together, but there are a number of interesting trends among our wealthiest citizens.

The Top Percent of Earners

A majority of them live in London and the southeast. London alone contains 35% of those who make up the top percentile. This is up from 2000-2001, when just 29% of this group lived in London. The top percent of London earners makes more than £300,000 per year, much more than the highest earners in other areas of Britain.

Furthermore, more than 80% of the group is men, and that number increases to nearly 90% for the top tenth of 1%. People in their early 40s make more than those at any other age, and middle-aged men in London are more likely than others to be among the country’s top percent in income.

Britain uses a progressive tax system, which means people who make more money pay a higher percentage in taxes. In fact, people who earn less than £12,500 in taxable income aren’t subject to any national income tax.

The Top 1% for Wealth

While the statistics on income are certainly striking, top incomes are actually very small compared to how much wealth belongs to the richest people in Britain. The top 10% of households owns 44% of all British wealth, and the distribution is even more uneven for the top 1%.

Although Britain’s wealth distribution is more equal than that of the United States, it’s still significantly more lopsided than many other developed countries. The reality of British inequality is evident in statistics covering both accumulated wealth and annual income per capita. 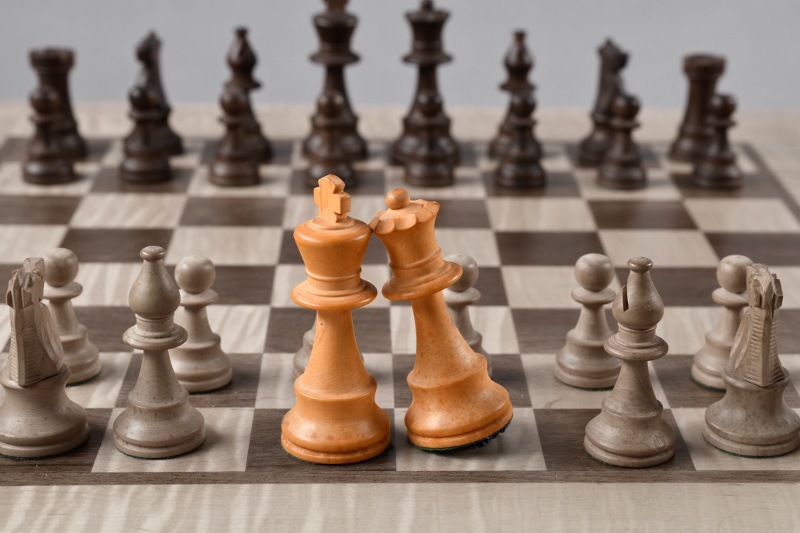 Photo by Randy Fath on Unsplash

Inheritance plays a major role in the distribution of wealth in Britain, and it can be tough to generate that much new wealth, especially if you live outside the London area. That said, a small percentage of people from outside the top 10% will make it into the highest percentile at some point in their lives.

If you aspire to join the 1%, you will likely have to make some drastic changes to your financial life.  Remember, apart from winning the lottery or some other windfall, you will have to make smart financial moves over a long period of time to join the highest echelon of income and/or wealth.  Of course, the toughest and most important step is getting started, as it can feel overwhelming to confront any financial difficulties and develop realistic short- and long-term goals.

If you’re interested in using your money more efficiently, you’re already on the right track. These are some of the best personal finance tips for saving more of your paycheck and reaching a more comfortable financial situation. The sooner you start making changes, the more quickly you’ll notice the benefits of building better money habits.

It’s easy to think of budgeting as something to worry about later, but waiting will only make it more difficult to achieve your financial goals. The first step in making a budget is reviewing recent bank and credit card statements to identify bad spending habits and look for ways to start saving money.

If you make £5,000 per month and spend it all, for example, you could set a long-term goal of saving £1,000 of your paycheck each month. Keep in mind that you might not reach that target immediately, so it’s important to come up with realistic goals rather than trying to change everything all at once.

Instead of trying to spend £1,000 less in your first month of budgeting, spread your changes out over time. This will make it easier to adjust your habits—trying to do too much too quickly can be frustrating, and it’s one of the most common reasons people give up on their budgets.

With a long-term target of £1,000, you might start by saving £100 more per month. Continue evaluating your statements each month to make sure you’re on track and to avoid falling back into bad spending habits. It will become easier to save money over time as long as you make consistent progress.

A low credit score can affect your financial outlook in a variety of ways—you’ll have trouble getting loans, credit cards, and other forms of credit, and you’ll be charged more in interest compared to someone with a better credit history. Each credit bureau has its own way of classifying credit scores—Experian, for example, reports that people with credit scores under 720 could be subject to higher interest rates.

Fortunately, you can increase your credit score relatively quickly using a few simple strategies. Some of the best ways to raise your score include paying your bills on time, minimizing debts and credit card balances, and keeping your credit card utilization under about 30%. Even a minor change in your credit score could substantially reduce your interest rates, helping you save money on major purchases and lines of credit.

Get Out of Debt 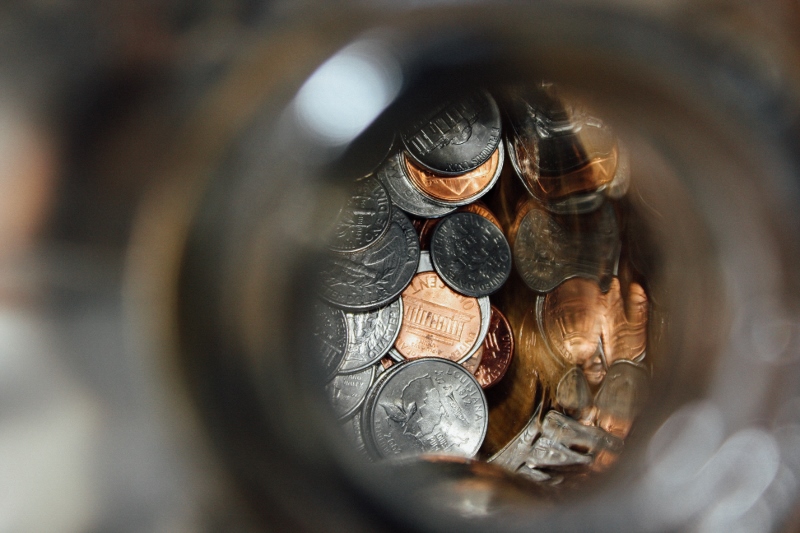 Photo by Eric Muhr on Unsplash

Consumer debt is often treated as a normal part of life, but the truth is that carrying debts is almost never good for your financial health. Even relatively benign debts charge interest, which means you’ll end up paying more than you received.

If you’re not already in debt, you should do whatever you can to keep it that way. Avoid spending money you don’t have whenever possible, and look for the best rates on things like auto loans and mortgages if you can’t avoid them.

If you are facing debts, you’re losing more and more money every month you fail to pay off your balances. With that in mind, it’s clear that getting out of debt should be your top financial priority, even if you don’t think you can save enough money to make more than the minimum payment.

Credit cards are a particularly problematic type of debt, and interest rates can reach 15% and beyond depending on your card. If you have to pay off multiple debts, start with the one that has the highest interest rate—this will minimize the amount you pay in total interest.

It’s impossible to predict when an emergency will happen, and it’s critical to have money saved up to cover sudden expenses. More than one-fourth of British households have no emergency savings at all, and these situations are one of the most common reasons people go into debt.

You might think an emergency fund is something you can’t currently afford, but that’s actually the most important reason to get started. If you don’t feel like you can contribute £50 or £100 to the fund per month, you’ll feel even more overwhelmed when something happens. As with anything in personal finance, it’s important to be proactive rather than reactive.

Many experts recommend building a fund with enough money to cover at least three months’ worth of expenses, but something is always better than nothing. Even just £500 will go a long way in the event of an emergency. Think of that as your short-term goal, then continue saving until you have enough to live on for a few months in case you lose your job.

Many people assume they need more disposable income to begin investing, but you can generate surprisingly good returns with a small initial investment. Putting money into an investment account can help you earn more interest each year, especially compared to the low rates associated with a traditional savings account.

Starting to invest can be confusing and overwhelming, but new investors have access to a variety of solutions that steepen the learning curve and simplify the investment process. Check out a few online services and mobile applications to see which one fits your needs—many of them charge little or no investment fees.

As a new investor, it’s important to be patient and avoid letting your emotions overrule your better judgement. Investment gains don’t happen overnight, so don’t overreact to minor fluctuations in your portfolio or invest too heavily in a single business or field. With a balanced investment strategy focused on long-term growth, you’ll be much more likely to achieve the results you’re looking for.

The people in Britain with the highest incomes and net worth come from a wide range of backgrounds—many were born into money and connections, while others generated wealth on their own. The majority are male, and they most commonly come from the London area, but anyone can join the 1% with time, dedication, and a bit of luck.

Author bio: Logan is a CPA, personal finance expert, and founder of the finance blog Money Done Right, which he launched in July 2017. After spending nearly a decade in the corporate world helping big businesses save money, he launched his blog with the goal of helping everyday Americans earn, save, and invest more money.

Photo by Anastase Maragos on Unsplash