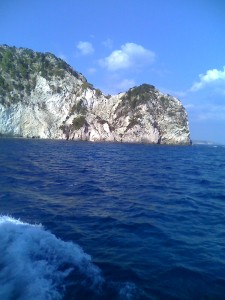 Normally on Tuesdays on The Money Principle you would expect to read a ‘serious’ post that, as a friend of mine says, ‘makes your head hurt and your purse sing’. Not today; today is an exception for three reasons. First, my trans-Atlantic and overseas readers may have missed this but we are still celebrating the Queen’s Jubilee; and as ‘a citizen’ who became ‘a subject’ I have to admit that for a hereditary Head of State she is really good.

Second, I finally completed a very long, challenging, high visibility and fascinating research project; may even tell you about it one day – after all it is about ‘impact’. Writing the final report that synthesises the work of four other teams in a way that can be understood by non-specialists is probably the single most interesting, illuminating and stressful piece of writing I have ever done; up there with the article in Science.

And third, nineteen years ago today I married John, the man who makes me complete.

So I decided that today I’ll tell you the story of how we met. Our eyes didn’t meet over a crowded room, the world didn’t stop when we bumped into each other on the street…I found him in a ‘lucky bag’ but still had to cross Europe to meet him. Let’s start from the beginning.

It was the early 1990s and Bulgaria was undergoing a revolution. I was in my mid-20s, had just finished my first PhD, had taken part in running elections at national level, looked like a teenage boy, suffered from wanderlust and had a Soros Foundation scholarship for a year in Manchester, UK. At the end of September 1990, I arrived with a suitcase, a modest but sufficient grant and my eagerness to ‘comprehend’.

There was no one waiting for me back in Sofia and I enjoyed every bit of the solitude that being a new comer in the UK inevitably entails. Eventually I made friends and that was wonderful. Several months into my stay, colleagues managed to convince me to stay on and do another PhD; yep, I am that sad.

But the important point is that my happy solitude very quickly became oppressive loneliness. It is not easy to meet people here; not if you are not at university, you are over 20 and to top it all you are a foreigner. So I decided that something should be done about it; I had sworn that I am not going to have another Christmas like the one in 1991 – I spent all of it eating chocolate biscuits, watching the Queen’s speech and reading Aldous Huxley. This is the equivalent of Bridget Jones’s ‘being eaten by Alsatians’.

Assessing the situation, I knew that the only way to meet somebody – just for temporary fun and games, you understand – was to put an advert in the local press. And since it was the early 90s, there was still a weekly magazine that had readership most likely to include the kind of men I may have enjoyed meeting. First choice made – I had the medium sorted out.

Next was the content of the advert. Have you noticed how these adverts, even today in the age of specialised websites, are formulaic? Women describe themselves as ‘attractive’, ‘having sense of humour’ or ‘having a good personality’. For crying out loud! There was no way I was going go for something like that – ‘attractive’ is in ‘the eye of the beholder’, I certainly don’t have good personality and it is boring. Anybody who answers the advert of a woman who has ‘good personality’ is not for me!

What did I come up with? I came up with this:

[my age], Non-British, It may be heaven, it may be hell but it will be interesting!

Mad, uh? Absolutely! But I also absolutely knew that only men who answer this advert have the intelligence, imagination and courage to spend any time with me; and also belong to a very select group of people whom I may find interesting and exciting.

This mad advert generated sixteen responses and one of these was John’s. He ranked second on the short list but this was only because he is English – at the time I was convinced that I can’t have a relationship with an Englishmen; well, friendship maybe, but this is not what I was looking for.

We met and four months later we moved in together; a bit over a year later we got married. And remember that the man I was to meet through this advert was for fun only? We have been having fun for twenty years now; nineteen of which of the married kind.

You know the best part of it?

We are going for a drink now and it will be great if you join us and raise a glass for us – wherever you are!