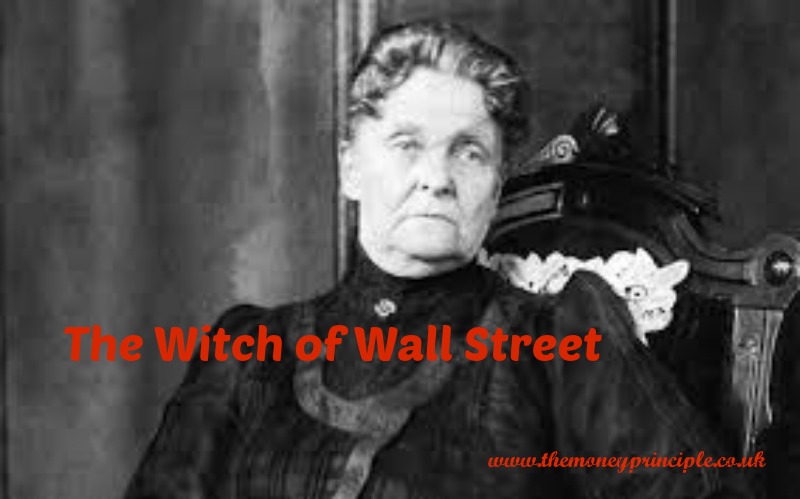 Every investor needs an investing tole model. Who would you say is your investing role model?

Okay. Most of you likely thought of Warren Buffet, George Soros, Benjamin Graham, John C. Bogle, Peter Lynch and all the other lads.

Did any of you think of a woman’s name? No, I didn’t think so.

Because no women are usually mentioned when we talk about great investors.

Don’t believe me? Try it for your selves. Go on Google and search for ‘greatest investors’. You’ll see approximately 50 photos, including Donald Trump for crying out loud. Not a single woman among them.

It is annoying not only because women seem not to exist when it comes to big-pants investing. It is also annoying because, correct me if I’m wrong, investing women would find it hard to identify with anybody in this gallery of greatest investors. Who would I identify with? Donald Trump? (We know what he thinks women are good for…)

While it is true that women fund managers are few and far between, there are some. There is also a woman who is an investing legend; problem is, you probably have not heard about her.

Have you heard about Hetty Green also know as The Witch of Wall Street? No, I didn’t think you had.

Hetty Green was legendary US investor at the end of the 19th and the beginning of the 20th century. When J.P. Morgan called a meeting of the New York’s financial leaders after the stock market crash of 1907, Hetty green was the only woman in the room. When she dies in 1916 she had amassed over $2 billion (current value). Yet, the thing she is in the Guinness Book of World Records is not her investing; oh, no. She is there as the World’s Greatest Miser.

Do you know who, in Iceland, was called to save the day after the financial crisis in 2008? Women! Women took over politics, banking and business in Iceland. We need to mention to women in investing here: Halla Tomasdottir and Kristin Petursdottir who founded Audur Capital in 2007. Their company, founded on “feminine values”, survived the Icelandic crash intact.

You see; there are role models for investing women. Maybe we don’t hear much about them because they are removed from the mythology of the exploding hero who gambles all in a single sweep of fortune; be it jumping over a ravine, crossing the sea or fighting monsters.

Do you invest? Who is your investing role model?

AHA of the week

Last week we were targeted by scammers. No, we didn’t fall for it but analysing how it was done, made me realise something important:

“There is very little difference between money scams and aggressive marketing in the cognitive biases they use and the pressure techniques they employ.”

This is my AHA for this week. I’ve also decided to study behavioural economics in a bit more detail; after all, this is the only part of economics I can stomach to begin with.

Finally, I’m still enjoying the fact that we have no car payment every month. It is like one of the joys of life now (yes, my life is that boring).

What am I reading?

Last week I finished reading ‘Warren Buffett Invests Like a Girl: And Why You Should Too’ by Louann Lofton. Found it interesting but less helpful and interesting than I expected. (Will publish a review on The Money Principle.)

Now, started reading ‘Women of the Street: Why Female Money Mangers Generate Higher Returns’ by Meredith Jones. Will let you know how this one goes.

My favourite blog posts of the week

And here are my favourite blog posts of the week (these are not all about money, mind):

This is all for now, friends. Speak soon.

How has your weekend been? Did you do anything interesting?

1 thought on “Sharing Sunday 20 May 2018: Here Is an Investing Role Model Who Doesn’t Fit the Mould”