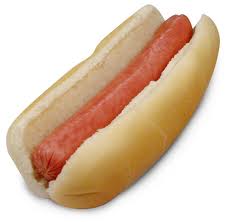 How do things change! In our twenties and thirties we are too preoccupied with ‘now’ to worry much about the future. So we forget about the passage of time and about our old age. At least, this is what the report of the Workforce Retirement Income Commission published today has found. Up to 9 million people are not likely to be able to afford even hot dogs for dinner; thinking about it, given the direction all things public have been taking in this country, relying on the state pension may mean that one could not afford any dinner at all! This almost one third of the workforce in the UK; or one in every three of us.

There are changes coming in 2012 when compulsory contributions to pension schemes will be introduced. But again, our authorities are missing the point, it seems to me. Too much ‘discipline, punish and threats’ and too little motivation and self-interest. In other words, we are scared into saving for our old age without, generally, creating and affirming the incentives to do so. The way I see it there are three issues with the pension situation as it is.

The ‘welfare state’ is probably one the best things; ever! I am serious about this one – problem is that, in reality, it has been crumbling for a long time now. But because it is such a splendid thing there is still the pretence that it mostly exists and that it will continue to exist. This is how the idea of the welfare state is still very much vivid and, let us admit it, dominant in a particular age group. Unfortunately, it is more or less my age cohort: the baby-boomers. We are in a situation where resources to maintain the welfare state are insufficient but we passionately believe in it – and don’t think about pensions very much.

This is about the same baby-boomers, I am afraid; the generation that invented the ‘teenager’, going out, having fun and supported all this by using a wonderful financial innovation – credit! Our generation is the first one to have enough so that we can want so much more. Apart from that, consumerism became an official policy in the US (this spread to Europe) after WWII – so we all succumbed. We have become too much ‘people to have’ and have largely forgotten how ‘to be’. Having goes with craving, craving is a sign of addiction. Addicts have no control – they become over-spending over-consumers and there doesn’t seem to be anything left to put aside. No wonder the rates of saving have been going down for several decades now.

Anyone with any experience of private pension schemes can confirm that these are far too complex, confusing and inflexible. This pretty much is the main conclusion of the Workforce Retirement Income Commission as well. But personally speaking, I don’t feel comfortable having my retirement money in a pot that after ten years is worth as much as my contributions and where I have no access to these funds should a real emergency come up.

I am not saying that we should not save for retirement – quite the reverse. But what I would like to see is an overhaul of the private pensions sector so that it can be simplified and range of flexible products offered.

Telling people about the bleakness that is awaiting them rarely generates positive, motivated action. Quite the reverse – it is likely to result in the abandonment that characterises each and every big financial crisis in the history of humanity. ‘Live for today’ becomes the mantra. It is time we spread another one:

‘Live today and plan for tomorrow.’

10 thoughts on “Live today and plan for tomorrow: let’s talk about pensions, baby”