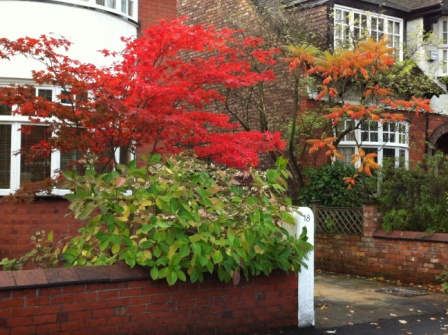 How did it work? Well, sometimes it didn’t. I remember nearly thirty years ago my Dad refusing to change his bank despite my insistence he does. It was obvious to me that the bank is in trouble – all the signs were there in the news (and in the gossip on the street). Now, my Dad was not a stupid man and he was not exactly ignorant about money. He still refused to take his stash out claiming that his loyalty is his honour; changing banks would be disloyal and will rob him of his loyalty forever. I am pleased to say that my Dad kept his honour but lost most of his money!

Having witnessed this and having to help my parents financially for many years, I was determined that I’ll never make this choice: I like my honour but it hasn’t got much to do with a misguided loyalty to a tricky institution. My loyalty is to my family and friends, my honour is core of my being! My dealings with banks and other financial institutions, I thought, would be quite a different matter.

Looking back, I am not convinced that I have abided this insight; sometimes in life learning from and through other people is not enough and one has to make their own mistakes, experience their own failings. During the last couple of decades (since I have been in the UK) combining loyalty and financial dealings has been a truly mixed bag.

On the one hand, being loyal to our bank has been a blessing and we have never got anything but support, sound advice and encouragement from the managers to whom our account has been assigned. When we found ourselves in a big financial mess three years ago, our bank manager suggested workable options to deal with it; our bank lent us the money to consolidate and thanks to that today we can ‘see the finish line’. In other words, our loyalty to our bank has paid off and the last thing I think we will be doing is upping and moving for £100 cash bonus.

Our experience with insurance – any kind of insurance – has been entirely different. I can still see three years ago, the shock of what I believed to be financial ruin still etched on my face, holding our financial statement in one hand and working my computer key-board with the other. Gradually, desperation changed to incomprehension and incomprehension into angst! I just couldn’t believe it!

Our bank statement said that between us we have been paying £300 ($485) per month on life insurance for fifteen years and this offered insufficient cover. My computer screen said that if we change the provider we can get twice the cover for less than one third of this (£79/$128 between us) – and, of course, we were fifteen years older! Our bank statement said that we were paying well over £1000 ($1600) per year on home insurance; my screen said that with another insurer we can get the same level of cover for one third of this.

To add insult to injury, both insurance providers told us that they can match the much lower quotes that we got from other insurers. Now, we may not be very fast learners but the message was very clear: where insurance is concerned, particularly home insurance, loyalty doesn’t pay; you either stay with the same insurer or you get a good rate of insurance.

Why am I telling you all this instead of spreading some Christmas cheer around? Because for us it is time to start looking at home insurance quotes again: our house insurance is due for renewal in early January. Having smartened up, for the last three years we follow a ritual of kind. First, John spends a bit of time collecting and comparing quotes before the renewal is due. Then he talks to our current insurer and if they match the lowest quote we stay; if not, we move. As easy as that! No regret, no looking back.

As to loyalty and honour, my Dad was right: these are extremely important and I do hold them in the highest value. There are areas of my life where these rule and insurance is not one of them!

Where do you stand on loyalty and managing your finances?

21 thoughts on “Loyalty or good rate home insurance? This is the question!”