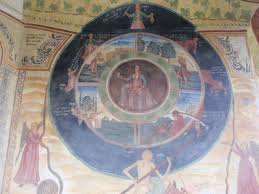 This is the first of two posts in which the seasons of life and finance are outlined. In the next one, these are used to ‘profile’ and project financial health.

I have been joking that people have different pre-occupations in different decades of their lives. During their 20s people are mostly interested in ‘sex, drugs and rock-n-roll’ (well, I was anyway); in their thirties people start thinking about mortgages and children; in their forties people worry about pensions and insurance; in their fifties they move to varicose veins and elderly parents; in their sixties concerns are focused on retirement and haemorrhoids; and after that…well, I have not got that far.

Couple of days ago, it suddenly hit me that in fact the building blocks of our lives and our finances are also very different at different stages of our lives. Have to admit that the theme John and I have been focusing on lately – the differences between generations – did help me crystallise this idea. Meanwhile, it was obvious from the outset that it is not very helpful to un-pack the relationship between earning, spending and the stages in our life by decades – earning and spending patterns don’t fit in decades; also the periods are not really even – some characteristics persist for longer than others.

This is when, I remembered about the Wheel of Life. No, not the one that separates the different areas of life and is used by life coaches to make you consider your balance (my life is so out of kilter at the moment that any reminder of balance sends me into a fit of nerves and anxiety). The wheel of life I am talking about is the one painted by the pioneer of modern Bulgarian art in the Preobrazen monastery. It looks like this and the picture comes from a lovely blog called Zikata – if you would like to learn more about this monastery and the icon the link is here.

This Wheel depicts life as the four seasons: Spring, Summer, Autumn and Winter. This made me wonder what would happen if instead of thinking about our earning and spending by the decades of our life we think in terms of the seasons in our life. 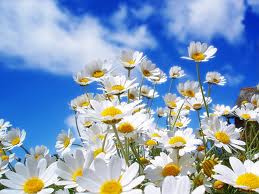 People are in the Spring of their lives between the ages of 18 and 30. In our society most of our Spring is taken by education – which is very productive not as outcome (income) but as preparing the conditions for our future (future jobs, income etc.). This, coupled with lack of experience, means that income is relatively low. Day-to-day expenses are also fairly low and people spend mainly on themselves since it is relatively rare that they already have dependents. This can change at the upper age limit of the period. A very big expense during this time is education; particularly in countries where university (college) education is expensive.

Spring is the time when:

This is the period for planting seeds and seeing some blossom. Spring is the period of your life when you prepare your future life and finances.

‘Start saving young’ is a mantra of personal finance. In my opinion, Spring is not about saving and investing but about personal growth. Hence, the main thing is to: 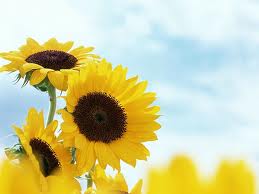 People are in their Summer between the ages of 30 and 50. As a rule, this is the period in peoples’ life when the seeds planted during Spring start giving early fruit. Incomes increase continuously and sharply. At the beginning of this period income is usually from employment; towards the end of it a substantial proportion of income can come from investments and other passive (or automated) income streams.

The bad news is that during Summer, expenses grow fast as well which means that cash flow is still fairly low. It is important to ensure that cash flow is optimised and that it is used as the building blocks of passive income streams. It doesn’t matter how small or large the blocks are – just start building.

Expenses increase because this is the time of rapid liability accumulation: mortgages, car loans, children and all that goes with them (food, clothes, school fees, summer camps etc.). Hence, the pattern of spending changes and a large proportion of income is spent on dependents.

This is the period when the foundations of financial health later in life are set. It is important therefore to: 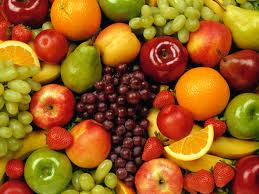 People are in their Autumn between the ages of 50 and 70. During this time their incomes usually peak and their expenses decrease: mortgages are fully or nearly paid off, children have generally left home and some people decide to downsize. Income doesn’t come only from employment; in fact considerable proportion of it should come from investments and automated businesses if Summer has been fruitful. This is also the time when many get some inheritance.

During this period cash flow is at its highest and many use it to top up their pensions, increase savings and invest more in shares and property.

This is potentially the most fruitful time in terms of financial health. People can be expected to have so much more than ‘enough’ that the single, biggest failing would be

It is very tempting to spend the increased cash flow on supporting grown up offspring. This is very endearing but misguided – failure to invest will mean a hard winter and a great burden on the children you wanted to help. 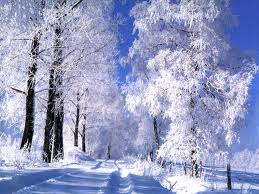 People can be expected to enter the Winter of their lives when over 70 years old. During this period people retire and their income usually drops. At the same time, their expenses start creeping up but this time spending is not on drink and fun. People over 70 start spending a lot on medical bills, dentistry, osteopath, help in the house and ultimately care.

During Winter cash flow has to be either positive or neutral. Negative cash flow is not an option.

33 thoughts on “Money for all seasons I: income, spending and age”