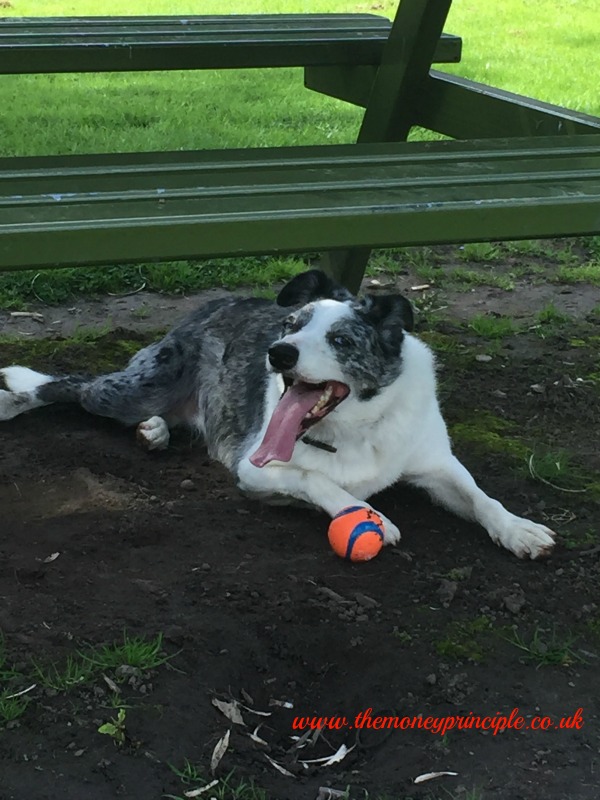 Welcome to another issue of ‘On the Money’: our Sunday column where I share what’s been happening at The Money Principle HQ and, in my opinion, the best money blogs around the internet.

What has been happening at The Money Principle HQ?

We were contacted by debt collectors on behalf of British Telecom

How exciting can my life get?

One day, I’m up there riding the great returns of the stock market and the next I receive a letter from debt collectors that we have outstanding debt to British Telecom for £171.25 and if we don’t pay it immediately we will be sent to court.

What do you think I did first?

Yes, you got it; I shouted for John. And I felt the shame of debt start rising within me like dump in a badly built house: persistently and relentlessly.

It turned out that this goes back to us dumping BT’s services – telephone line expensive and breaking down twice in four months which meant no internet either – for another provider.

BT got it in their minds (read their billing system) that we owe them two weeks payment when, in fact, the situation was reverse – they owe us two weeks payment. (We know all this because John is very good at reading all rules and regulations; I would have missed it.)

To cut a long story short, after a phone call from John where he explained the situation and referred them to their own rules, we are getting a rebate instead of being sent court for debt recovery.

Why I’m telling you all this?

Now, we check the rules and stand for what is right.

A small money win that goes against the current

You know, one of the things that annoys me terribly is that parking at gym is next to impossible now. Even the car park attendant looks at me, smiles and says:

In the middle of all this New Year’s resolution craze where people join the gym, go for four-five weeks and then continue doing no exercise elsewhere, John decided that it is time to cancel his membership. He hasn’t been to the gym since last July, so I didn’t argue.

John dislikes the gym with passion. He’ll never do weights, he claims swimming gives him earache and yoga stretches his coordination capacity to its maximum. I used to insist and frag him to the gym; now Suzi the Dog looks after John’s exercise for me. He walks 15,000 steps per day with her; not bad at all. And they have wonderful time playing.

This looks like a small win but the wasted money for John’s gym membership adds up to the price of skiing for one person over the year.

Money blog posts of the week

The posts that I’ll tell you about are not necessarily the best written ones; these made me think which is enough for me to want to share them with you.

Would a Cashless Society Really Be That Good: this struck a cord by reminding us that it doesn’t matter how much money you have in your bank account, there are many situations when this may be impossible to reach.

How to Get Out of Debt (Without Gimmicks or Games): many people dream of sorting out their money (and this start with paying off debt) but few of us move beyond the dream. This is why, when a ‘money master’ like J. D. Roth tells you how to get out of debt, I suggest you listen (I would have listen if I had nay debt.)

Earning more is not cheating: earning more is never cheating, I believe; because I think of earning more by contributing more value to more people. This is also a reminder that there are two sides of the money equation: spending less and earning more. Most people, look to spend less most of the time when the big wins are about earning more.

My son, just called me to go to the gym so I must stop.

This is all from me and talk to you soon.

How is your money doing? Anything exciting happening in your life and money?