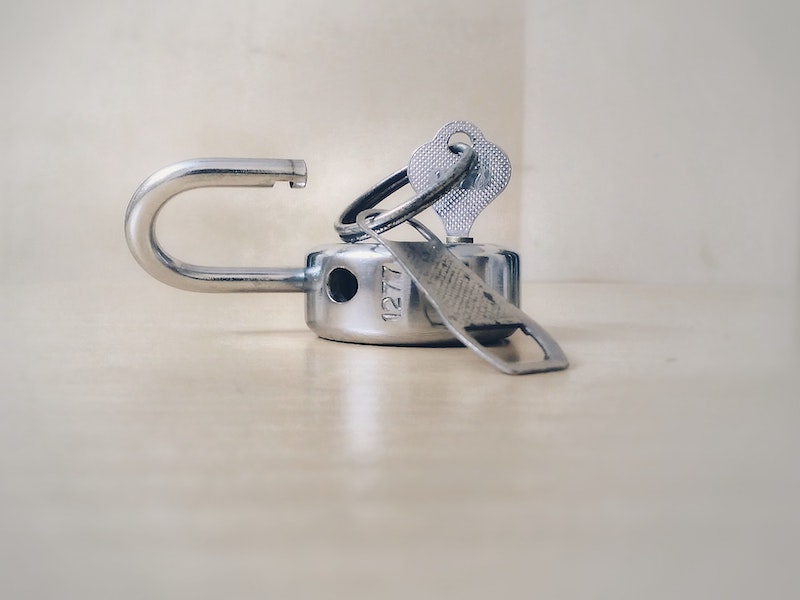 Editor’s note: Today I offer you the story of one couple who are pay off debt inspiration – they paid off £21,000 in eight months. Ruth, who blogs at MoneySavvyMumUK.com, and her husband tell a powerful story of money success, learning and progress, and hope for the future of their family. Ruth’s guest post for The Money Principle send me back to the time when we had debt and let me tell you, I relived most of the feelings she writes about. I remember the desperation, the hopelessness squashing my chest; I remember the calm and hunter-like focus that descended with knowledge (about our debt and about money); I remember the obsession with paying off the debt and I remember the jubilation when it was all done and dusted. We paid off £100,000 in three years and have been debt-free, and building investments, for eight years now. Hope you enjoy Ruth’s story, and it inspires you to decide that you have had enough of debt and inspires you to pay it all off. You can do it, I know.

Hello. I’m Ruth and I have been debt-free for just over 2 years.

Never in a million years did I think I would be able to say those words. Debt had been a part of me for most of my adult life and I never thought I’d be able to escape its clutches.

I never thought I’d be free from the constant worry and stress that comes with being in debt.

I never thought I’d be able to look to the future with hope and excitement, as many of my friends did. We were so deep in debt that it just didn’t seem to be a possibility, so I didn’t even let thoughts of the future enter my head. It was too painful and depressing.

I live in London with my husband, Thomas, and our two children. Our children were born into debt and grew up living with debt.

Our problems started when we moved into our first home together. The day after we moved in our boiler broke. And we were broke, too! We’d spent every penny we had on the deposit for the house. There was nothing in the bank and we had no choice but to put a new boiler on credit.

It was unbelievably easy to borrow money and we proceeded to furnish our new home on credit too. It’s not something I’m proud of but we were so excited to be in our new home together and I guess we just got carried away.

At the time, my husband was working in construction, and his work was never stable. He could be in work one day and out of work the next. I was a physiotherapist, but my post was in Ashford, and I had no choice but to resign when my son was born. It was just too far, and I hardly ever saw him. I was spending so much on travel and childcare.

I started a small online business making handmade gifts, which brought in a bit of extra cash, but it was never going to be enough to pay our mortgage, all the bills, and all the expenses that came with having babies (my daughter had been born by this point – there’s only a 10-month gap between our two children!)

We never seemed to be able to get enough money behind us to ensure we had enough to pay the bills each month, and whenever Thomas lost a job, we would frantically scramble around trying to just make our way through the month. Unfortunately, it got to the point where we were using money from credit cards just to meet our monthly expenses. This continued for years, and years and we almost lost our home.

We were in a debt crisis and things were getting worse

I knew, deep down, that the debt was building in the background, but it was so much easier to just put it to the back of my mind and pretend it wasn’t happening.  Thomas and I never talked about it but we would constantly argue about money and who was the most stressed about everything. It was an awful situation to be in.

In March 2018, things came to a head, and we couldn’t carry on as we were.  We were seriously at risk of losing our home again because we just couldn’t afford the mortgage. I had tried and failed, to make that months’ mortgage payment by credit card and our relationship was deteriorating before our eyes because of the stress of it all. We’d swing between barely speaking at all to screaming at each other in anger. Neither of us could sleep as we were so stressed. And the kids were watching it all happen. The guilt was phenomenal.

Knowing how much debt we had was exciting, not scary 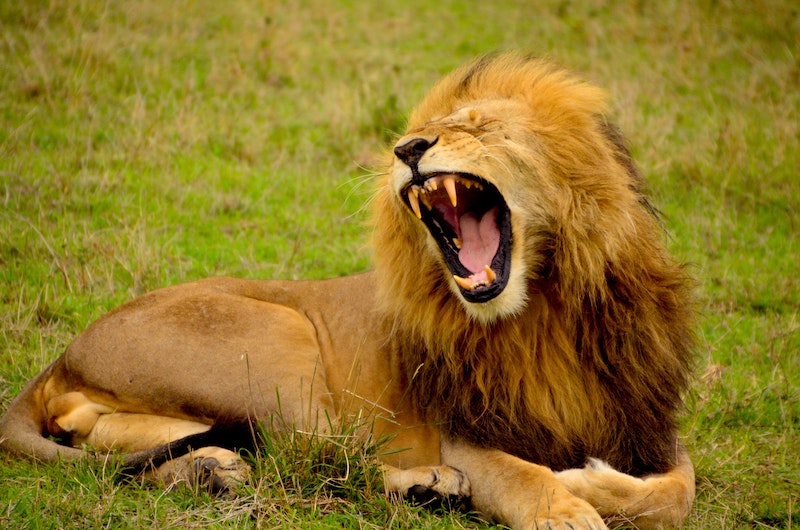 Photo by Lemuel Butler on Unsplash

But once I got over the shock, I felt a huge sense of relief. I finally understood why we were struggling so much. I now knew why we couldn’t afford to pay our bills each month. I now knew why we were at risk of losing our home. So much of our money was going towards debt repayment. We had never made a budget, so never really knew how much money was actually going towards debt repayment each month. At that moment, I realised that it must be a huge amount.

I began to get excited. More excited than I’d been in such a long time. I knew that if we managed to somehow get rid of this debt, we would have so much more money left over each month. We would easily be able to pay our bills!

As soon as Thomas walked through the door, I excitedly blurted out how much we owed and how it was actually all going to be ok. He obviously didn’t see it this way at first. He was utterly devastated, and I don’t think I’d ever seen him look so crushed. And then he got angry. ‘How could we have been so stupid’? he shouted.  ‘What on earth have we been buying’?

Working together to become pay off debt inspiration

It took him a while to come around to my way of thinking. We could either let this debt ruin us or we could fight back. We could blame each other, or we could put our heads together and work through it.

Thankfully, we chose the latter, and what a team we were! We absolutely crushed our debt and I’m so proud of us. We paid off our debt fast – £21,000 in 8 months!

I’m not going to lie and say that those 8 months were easy. It was extremely tough going. We didn’t give ourselves a break.

We became obsessed with clearing that debt and it was all we thought about. By this point, we had set up our own dog-walking company and we were able to take on extra work. We worked 7 days a week for months on end and then I would do extra work online in the evenings. I discovered matched betting and was able to clear a large chunk of our debt with my profits. I also completed surveys and I sold things on eBay and Facebook marketplace.  I was able to bring in so much extra money by doing these things.

We made a budget and slashed our expenses. TV packages went, subscriptions went, memberships went, all non-essential spending went. We cut our own hair to save money. I meal-planned and switched to own-brand food. Again, huge savings were made in these areas and every penny we saved went towards repaying the debt.

We couldn’t believe how much money we had been wasting over the years. But this just spurred us on further. Never again did we want to be throwing away this amount of money! 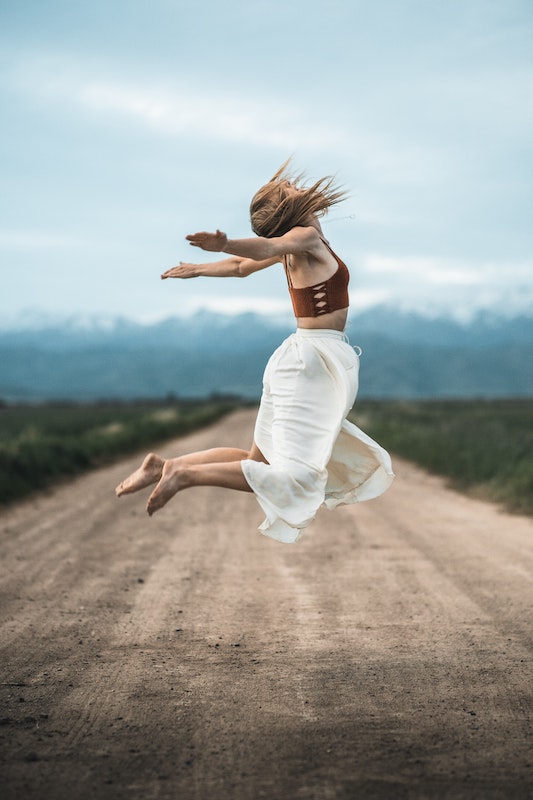 Photo by Kevin Fitzgerald on Unsplash

Over those tough 8 months, we both learned so much about personal finance. Our mindsets had changed completely with regards to how we thought about money. All the things we had wasted money on over the years meant nothing to us – we sold them without a second thought, so we knew that we weren’t interested in material things.

Our main goal, which was now always at the forefront of our minds, was to be able to provide some much-needed stability for our children. They didn’t deserve to be worrying about having anywhere to live and they didn’t deserve to grow up with money worries. Our focus was on our children and to start having quality time with them. We wanted to pay off the debt as quickly as we could so that we could get on with the next chapter of our lives.

I will never forget the day we made our last debt repayment. I walked into Barclays bank, paid in some money we’d been paid that day for a weeks’ worth of dog walks, went back to the van where my husband was waiting and made a transfer from my Barclays current account to my Barclaycard.

As soon as I pressed the ‘transfer’ button I whooped for joy. The sense of freedom was unreal. The sense of achievement and possibilities was unreal. I felt as if a huge weight had been lifted off my shoulders, but I was in a state of disbelief too. Did we really just clear £21,000 of debt in just 8 months? Why did we wait so long to make a change?

The truth is, I don’t think we could have done it any earlier in our lives.

We weren’t mentally ready or motivated enough. Something seemed to click at that certain point, and I knew it was time to take charge of things. We needed to hit rock bottom, I think.

Life is very different for us now. We no longer argue about money. We budget and plan our spending.

We actually have savings! I never, ever thought we’d have savings at any point in our lives. We have short-term and long-term financial goals that keep us on track and on the same page. We’re motivated to stay out of debt because we know what we’re working towards.

Obviously, we still have the regular daily stresses – our babies are now teenagers, so there is lots of stress – but the relief of knowing that we don’t owe a penny to anyone aside from our mortgage provider is almost indescribable.

We didn’t think we will ever be debt-free, and we did it! Do you think you are ready to join us and pay off your debt fast?

Photo by Basil James on Unsplash