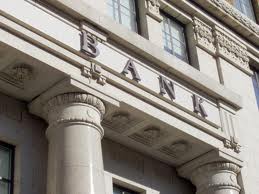 I remember a time when Bulgaria had only two financial institutions – the Bulgarian National Bank and the Central Saving Fund. This was all! It was a mainly cash economy where people saved for the large purchases in their life (or even the large purchase) – a home – and bought it when they were close to retirement; often without borrowing. They never saw what goes into their pensions or for their taxes (pay was known only net and the rest was mystery). Today banks are everywhere – there are eight banks within 500 m radius of our apartment. We had to make a choice – after all we are expecting the sale of property and we need an account here for family reasons anyway.

A small complication is that I had to open a bank account as a British citizen – all my attempts to get Bulgarian passport again (the old one expired a decade ago) were doomed. Another one was (but should not have been) that I wanted a complete internet access. So we chose a bank with a name I had come to trust – Tokuda Bank. It is not very large, but large enough; it is Japanese and if the hospital with the same name is anything to go by it is well run.

Yesterday we popped in Tokuda Bank – I was in the hospital anyway having my stitches taken out. People were competent, helpful and nice. What was interesting was that:

So far, so good I thought. But little did I know – today I set up the Internet Access. Or shall I say, today I started the long Kafkaesque process of setting up internet access.

First thing this morning I got a call from the Bank to give me the telephone number of their IT department just in case something goes wrong. Good, I thought; this is customer service. Then I got on the website – nightmare! Bulgarians are known for their IT skills but I wish they did not assume them in everyone else. What happened was the following:

I am exhausted and have headache; but I have a bank account in Bulgaria. Well, thinking of it, I have two of those. As to the headache – it’s nothing that some cold beer won’t remedy.

2 thoughts on “Phew! I have a bank account…in Bulgaria”