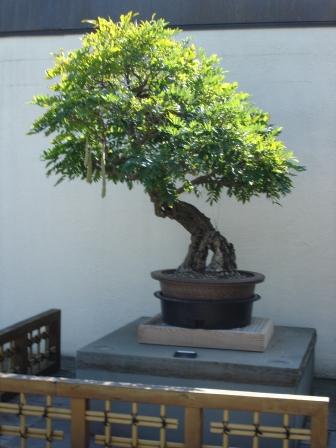 We don’t play enough board games: probably because we all like different games. For instance, I like…well there are no board game I can think off that I really like, and John and our son like Monopoly (which, incidentally, I cannot abide). About a year or so ago we found a very lucky compromise – we bought Cash Flow – we all like it and we play regularly. We have all had ups and downs with it but for a long time either John or I won. Lately, things have been changing and today our eleven years old son won. It was a great game!

It all started by me drawing the short straw: John was a mechanic, our son was a teacher and trust me to take out the airplane pilot card. What is the problem? Well, from playing the game previously it was clear that the higher your salary, the harder it is to win; getting out of the ‘rat race’ is harder because high salaries are matched by higher costs. There is a life lesson somewhere here but I’ll leave this one to you to ponder.

True to expectation, John, following a stroke of good luck with some penny shares, was out of the rat race first; our son and I kept on to generate passive income equal to or exceeding our costs (this is when you are out of the rat race). After some good property deals our son was out as well. And then…John had a tax audit (lost half his money), got divorced (lost all his money) and had a law suit (lost half his money) – and without ready cash one can’t win because buying businesses is impossible. Our son landed on his cheese and had money to buy is – so he won.

Having accepted from the outset that I am likely to lose the game, I was able to forget about the competition and concentrate on experimenting. Because I had high salary, the first thing I did was to pay some debt – not much but enough to be able to accumulate cash even faster. Then I bought some cheaper properties that didn’t bring much passive income; my game was to wait to sell these at substantial gain. After that I was fast able to move into the big deals – and not only got out of the rat race, but was out with three times higher pay than the other two players (this is your passive income times hundred). This gave me an advantage – I could buy businesses and invest much more aggressively than John. And yes, you guessed it: I finished second. Suppose, the fact that I didn’t get divorced helped matters a bit as well :).

Great fun was had by all and some hard lessons were learned by our son, like: a) pay your taxes properly; b) don’t get divorced; and c) you can get rich with hard work but adding some good luck to it won’t hurt.

Today has been a day of pleasure and game playing. Not so yesterday! You see, normally I like our house; I can even say that I love our house – it is over hundred years old and very large (let’s put it this way: we have four bathrooms). Large houses need continuous care and attention but apart from that…the larger the house the more rubbish one can keep. Yesterday I looked around and thought that enough is enough! I had to do something about all this clutter.

And I did! For me de-cluttering is hard; I am not a hoarder but can get emotionally attached to things because some of these embody the stories of my life. I can look at a tatty old t-shirt and keep it because I got it at a race I love (ten years ago but looking at the t-shirt I remember). You get the drill. Yesterday I de-cluttered four surfaces (many more to go but a good start) using an approach set out by Leo Babauta.

Leo published an article on the Zero Clutter method. If you want the detail (and it may be worth getting it) read the article. But in a nutshell, it boils down to choosing a contained space, getting everything down/out of it, deciding what to keep and what to get rid of, putting all you keep in its place and, most importantly, keeping it this way. Works wonders and I have been going back to admire my work. Next, I’ll tackle my wardrobe.

Another big item over the last couple of weeks was the launch of the debt movement – this is to pay personal debt off, you understand. As part of this, Jason from WorkSaveLive published an article explaining four well known debt reduction strategies. If you are serious about paying off your debt this one merits reading. It is worth remembering, though, that paying off debt, like many aspects of personal finance is…personal; hence you don’t have to adopt but to adapt.

Pauline at Reach Financial Independence has been publishing her 13 money resolutions for 2013. These are all very good reads and Pauline offers sensible outlook on different aspects of money management. The one that I like most so far is about minimising waste. I have been grappling with this one myself over the last couple of years; we still produce far too much rubbish but our waste has gone down (this means that our rubbish is mainly packaging). Oh, and Pauline, reminding people that when they forget the lights on it is your labour that gets wasted? Well, it doesn’t work, really.

Paula at Afford Anything engages in some myth busting. Since this is one of my favourite things as well I decided to have a second look. I agree; only rich people invest is a myth. Then again it is pretty obvious, right? May be, but I loved the way Paula summed it up: Being rich is not a prerequisite to investing. Being rich is the result of investing. No doubt about it: Paula can write and she know her stuff!

I am a sworn subject to the Queen. Yes, many years ago I had to swear allegiance witnessed by a lawyer who also informed me that the UK still has death penalty. Ha, ha – did you know that? True. One can get the death penalty here for setting on fire her Majesty’s docks. Good thing I never intended to do that; still I was born a citizen and became a subject. It didn’t make me wish to learn about the financial arrangements of the British Royal Family till today when I fell upon an article about their relationship with the tax payer. Entertaining!

Finally, did you know that making grammar mistakes is killing your blog traffic? Hope this doesn’t apply to typos – I made two only doing the hyperlink :).

During the last couple of weeks The Money Principle was included in the following personal finance carnivals:

Yakezie Carnival at Money Wise Pastor
Finance Carn. for Young Adults at 20s Finances
Carnival of Retirement at Master the Art of Saving
Carnival of MoneyPros at See Debt Run
Y and T’s Weekend Ramblings at Young and Thrifty
Carnival of Financial Planning at The Savvy Scot

Thanks to all who mentioned me in their wound-up as well.

3 thoughts on “Principled Money Posts #31: the one where our son wins ‘the money game’”