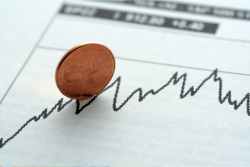 This is the third of the guest posts by John Logsdon from readysteadygowebsites.com.

We are always being told that the market will decide. It may be the price of rice, oil or some basic commodity. This has become part of our economic DNA. If the quality from one supplier is too poor either the supplier will pull their socks up or another supplier will provide the goods. Likewise if the charges of one company are too high. either their prices will be trimmed or the consumer will move to another supplier. We have seen this work to the benefit in the production of everything from motor cars to cameras to ships. It ultimately enables jobs to be moved to low cost production environments which should enable more people to be employed and thus generate wealth. That’s the theory anyway.

This is even more important in that market of markets – the financial market. Where so-called ‘products’ are concerned, we are told that the market will decide the price of insurance, interest and all things. Which is in principle fine – if one currency becomes too expensive so the goods from that zone become overpriced, production will move to cheaper areas. And of course there is a market in the price of goods so that as the bulk oil tanker moves from the Middle East to the United States, the ownership of the valuable cargo may change many times.

This is all very well but sometimes we need a degree of stability. It is for example very destructive if a basic foodstuff doubles in price over a short period, as has happened with rice recently. While in the West people complained, many families in the quaintly-named ‘developing’ world found themselves priced out of a market and starving. Similarly if the price halves, many farmers will end up bankrupt and so production stops and families starve again. Because the time scales of production are far longer than the time scales of the market.

The situation has been made far worse by the introduction of computerised trading. In the ‘old days’ before the ‘big bang’ of the ’80s, there were relatively few traders and it took up to an hour for a trade to occur. Now, anyone with an internet connection can become a trader and completions occur in seconds. Which is all very well – particularly for software writers who generate the automatic trading programs which promise to make millions every day. But the market is increasingly dominated by those few traders who have very high speed connections to the trading floor – completions can occur on fractions of a second. So we are back where we started except nowadays most trades are purely speculative.

If we look at foreign exchange for example something like 99% of all currency exchange is nothing to do with buying and selling goods and services – it is just gambling. And the faster the trades can be completed, the more is the gambling component because it becomes profitable to buy and sell on only a few fractions of a percent profit.

This high frequency trading is a parasite which is made even worse by high leverage platforms. You can take that spare million or so that you inherited from great Uncle George and play with up to 200 times that amount. If you are ‘good’ at sensing rises and falls, you can make a fortune. The trading platform doesn’t mind – even with a buy-sell spread of a few 100ths of 1%, multiple trades over a month make them a tidy profit. But with everyone jumping on a bandwagon, often using the same automatic trading software, price volatility is amplified many times.

There is no real excuse for this volatility. Production cannot respond in such time scales and so it is just greed that feeds the champagne consumption in the City, massive bonuses for bankers while people are losing their jobs. The detachment from fundamental decency that is now the hallmark of financial services also means that those financial advisers – even bankers – who do have a conscience are drowned out, swamped by the new Loadsa’ Money Harry Enfield wannabes.

The way to stop this is to dampen the trading frequency. This isn’t perfect solution but a market that is more responsive to real needs will enable the economy to function in a more resilient fashion. I believe that a Financial Transaction Tax will have this effect.  By adding even a few fractions of a percent as a tax, the profitability will be reduced and the lemming behaviour quenched at least in part.  The original Tobin tax, as this is called, was conceived to stabilise exchange rates but with instant trading, I believe it needs to be expanded to cover all transactions.

This has been proposed by the European Commission but along with most proposals from Brussels, aided and abetted by the British tabloid press, any such proposal is seen by the UK government as an attack on the City of London.  But in fact making the City a better place to do business can only benefit the economy as a whole, not risk it, and the consequent stability will lead more investors and financial activities, not less. And wasn’t there talk recently about ‘rebalancing’ the economy? If the whole UK – no world – economy is made more resilient, a Financial Transaction Tax can only be of benefit.

The UK Treasury agrees if and only if the whole world joins in, knowing full well that the US will not agree. This is a pathetic position to take, hiding behind Wall St’s skirts. So as World Leader I would impose this unilaterally – no argument.

And just think what the tax raised could do.  Surely politicians will see the benefit. If, that is, they genuinely want to solve the problem.