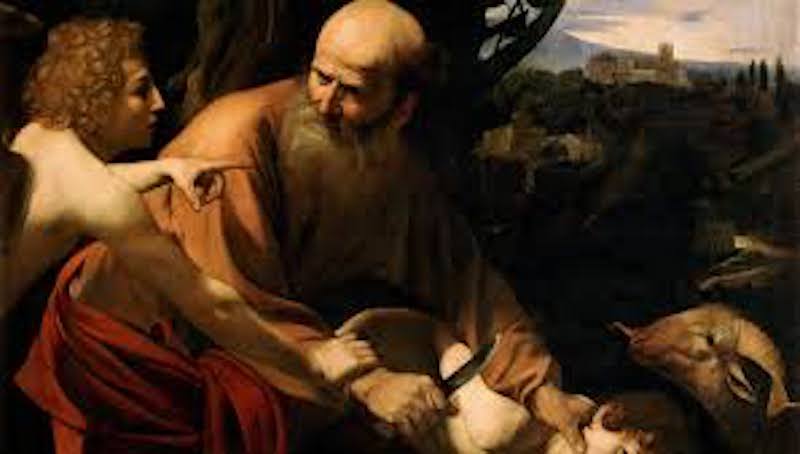 Today, I’d like us to discuss a toxic belief about paying off debt. Why do we need to do that, you may ask?

We need to discuss the toxic beliefs about debt, and how to pay it off because beliefs become actions and actions are the foundation of our lives.

Here is a widespread toxic belief about debt, more specifically about paying off debt, that can stop you from even trying to tackle your money problems.

This message is everywhere. Still, it is toxic and can be in the way when you want to pay off your debt.

Personal finance pros tell you to live on a budget tighter than a straight jacket.

Bloggers brag about the sacrifices they made to pay off their debt and how they came out victorious on the other side.

Heck, even I was a victim of this toxic belief about debt. Could you guess the first thing I did after learning how much debt we have?

I collapsed in an armchair as if someone hit me on the head, and a black wave of misery washed over me. There was a single thought trotting around my head:

“That is it! My life is over, and all I see ahead is a decades-long slog of deprivation and sacrifice.”

Several months into paying off our debt, I realised that it doesn’t have to be so. We didn’t sacrifice, we certainly didn’t suffer, and no one in the family was deprived.

You don’t have to suffer sacrifice and deprivation while paying off your debt either. If this is the fear that breaks your commitment and motivation, deal with it, and deal with it now.

Before I tell you how to bust this myth about debt – that paying off debt, sacrifice, suffering, and deprivation go hand in hand – let us talk about how sacrifice became crucial in our civilizations.

Sacrifice and our culture

How did sacrifice become such a force in our culture?

Religion is the simple answer.

Here is how this went:

Sacrifice mostly came to be considered as a heroic act benefitting the group. We get war heroes who sacrifice their lives for the good of their comrades in arms.

Even during the Covid pandemic, we hear about the heroism and sacrifice of medics.

Most sacrifice is not glorious, nor necessary and avoidable.

How have we become so brainwashed to glorify sacrifice?

Have you asked yourself why Christians worship the cross?

Because it symbolises God’s sacrifice.

If we were not conditioned to glorify sacrifice, the cross would be a source of guilt and discontent, not worship. (Some heresies questioned the worship of the cross, and were pronounced to be heresies by the Church.)

Sacrifice and paying off debt: bust the toxic belief

Sacrifice is not a virtue. You don’t have to fall into the trap of believing that sacrifice and paying off debt always go hand in hand – you can pay off your debt with no sacrifice. You only must learn to be smart about it.

The other side of that is an underlying belief that paying off debt without suffering is somehow less deserving of appreciation than a story of painful sacrifice.

Dealing with your relationship with the myth about sacrifice is your task.

My contribution is to share with you six easy-to-implement actions and debt busting tips to bring your spending under control and release some money to start paying off your debt.

We live in abundance. Even poor people in wealthy societies are much richer than people who were only a generation or two ago.

One of the consequences of abundance is that we learn to want everything.

That is a problem.

Because we can have anything, but we cannot have everything.

It only means that we must learn to prioritise. What is more important for you – to read books or to go to a restaurant?

Do you get more out of travelling or getting drunk every night?

You must choose. You must learn to prioritise rather than sacrifice.

This exercise will help you work out your priorities. Once you know what you value most, allow yourself to have it, and question everything else.

#2. Optimise your spending, don’t slash it

Financial experts will advise you to slash your spending to pay off your debt.

I’m no financial expert; I’m a financial maverick. And we mavericks would urge you to optimise your spending, not slash you.

That means you must:

Here are some practical, frugal living tips for inspiration.

#3. Put your money where your mouth is

This one doesn’t need much explaining and writing.

Once you have worked your priorities, make sure that you put your money behind them.

You won’t even believe how much you waste. Pay attention over the next week, and you’ll see.

For example, you will notice that you waste food. You probably don’t realise that in the developed world the food waste is more than 100 kg per person per year.

And the food is not the only waste you allow in your life.

Just watch yourself and stop wasting; you will be surprised how much you can save and how much of your debt this will wipe out.

#5. Learn to do things cheaper

Yes. Everything you do can be done cheaper.

Here, mastery is to learn to balance and distinguish between through saving and one that only appears to be a good deal.

For example, I have always thought that buying furniture you put together is a false saving for me – it takes me loads of time and much stress to put it together. You may be handy with this kind of thing and make it worth it.

Most of our spending, and what most gets us in debt, is that we want too much. We want new gadgets, remodelled kitchens, bigger houses, new cars…you name it.

You won’t believe how much you will save by training yourself to want less.

For that, you will need a change of ideology – very likely, you have been raised to be a consumer, so you want everything in sight and consume.

Explore minimalism. If this is not the ideology that rocks your boat, explore essentialism.

You may also consider shifting your focus from consumption to production. Focus your attention on contributing to your family, to your friendship group, and society. Start modestly and build from there.

Are you still commited to the toxic belief about paying off your debt and sacrifice?

Hopefully not. You can still have the things that are important to you.

You only must work out what these things are and allow yourself to have them. Question everything else and don’t allow waste in your life – this is bad for your bank account and the environment.

Finally, you must learn to want less.

Now you know what you must do to avoid sacrifice and deprivation; what are you waiting for?

Go practice and commit. Commit to paying off your debt and building sustainable wealth.

2 thoughts on “A Toxic Belief About Paying off Debt: Debt Freedom Demands Sacrifice and Suffering”