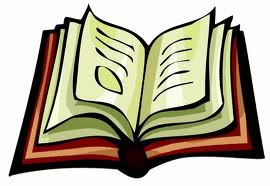 It is Thursday and it is the day I write about books. Because this is a personal finance blog I have been either writing about books on something related to money and finance, or on other books but drawing lessons about money. Today I’ll do neither; instead I will draw your attention to three books: a best seller, a best written book and one that is an astoundingly well written best seller.

…Because it is the holiday season and because I seem to have got myself to a state where the thought of reading another personal finance or academic book makes me feel ill; so during the last three weeks or so I have done little else than read novels and maintain my jobs at an acceptable level.

It doesn’t matter what you think about the Fifty Shades trilogy it is hard to dispute that it is an absolute sensation and a very successful best seller. I get on the bus and see all these young women reading – Fifty Shades. Of course there are women around me who have not read it yet (and I do urge them to read it) but these are not many. On top of this Fifty shades is on Facebook (people vilifying it or extolling its sauciness); and it is on the BBC website – even by warning against the lifestyle of sado-masochism and bondage though if someone is as dumb as to take it this way they should be banned from reading anything, forever; this book seems to have embedded itself deeply in the pop-culture and media space at the moment. But the most certain sign that it is a HUGE bestseller is that reputedly it sells 250,000 copies per week. Hell, this is loads of book!

Of course I read it; in fact I read all three books. First I saw it mentioned on a website I visit from time to time called The Real Cougar Woman. And I did find it interesting – but not as a well written, captivating read is interesting. Let’s face it – Fifty Shades is anything but well written, bestseller as it is. Quite the reverse – it is formulaic, the language is clumsy at times and there are annoying parasites phrases that are supposed to give it grounding in the US but don’t really work. Every time Anastasia said ‘Oh my!’ I cringed and wanted to phone E. L. James and scream at her.

There are four reasons I found this book interesting and these have very little to do with writing. These are:

This is a bestseller, true. And if you are off on a holiday and have a lot of time and not much to do you can take it with you. But it is optional!

The Song of Achilles by Madeline Miller is what I would call a best written book; in fact it was Amazon’s best book for March, 2012. This is the story of Achilles – from childhood till his death – inspired by The Iliad and told by Patroclus, apparently Achilles’ long term companion and lover. Now this is one thing I learned from this book – I somehow had missed the fact that Achilles was homosexual. I mean, not in the ancient Greek sense where boys sleep with boys before they start sleeping with girls and men slept with slaves as another expression of their power. No, the relationship between Achilles and Patroclus was a proper, mature relationship between two men.

This aside, the book is beautifully written – it is poetry in prose. The melody of the language repeatedly lulled me into calmness similar to this of the writing of Alexander McCall Smith.

The only problem? Well, I knew the story already.

This is my favourite – Gabriel’s Inferno by Sylvain Reynard. It is a love story (again) and it is about the love between two broken people. But it is as different from Fifty Shades as hell is from heaven. Gabriel’s inferno draws inspiration from the stories that Dante told in his Divine Comedy; the central story line is about the love between Dante and Beatrice in a contemporary guise – this of two Dante specialists, a Professor and a graduate student. They met before, when he was just finishing his PhD on Dante and she was seventeen years old high school girl. They spend a chaste night together when they kissed and talked; neither of them forgot this night. He thought that it was a drugs induced dream and she didn’t have the courage to contact him. Until she found doing her studies under his supervision!

What is it about Canadians? Is writing a national sport like hockey or something? This book is written by a Sylvain Reynard and I suspect that it is not by a man for men; it is likely to appeal to anybody who appreciates powerful writing. If I were to summarise its appeal I would say that Gabriel’s Inferno is:

If I had not alre4ady read this book it will be the one I will be taking with me on holiday and make sure there is time to read.

You may have guessed that I am a frustrated novel writer; well, one day I may end up writing a novel. But from time to time I read a book that I really wish I’d written – Gabriel’s Inferno is such a book.

2 thoughts on “Summer reads: the best seller, a best written book and a book I wish I wrote”